At last, killer of Ondo Ex-Deputy Gov’s Daughter Admits Using Her for Rituals

There have been speculations even from the deceased father, Alhaji Lasisi Oluboyo, that Khadijat’s boyfriend of four years killed her for ritual purpose.

The speculation has been confirmed by the suspect Alao Adeyemi, a Yahoo Plus Club (Internet fraudsters) member, who revealed he killed her to become rich within seven days. The prime suspect had earlier denied having a hand in her death. 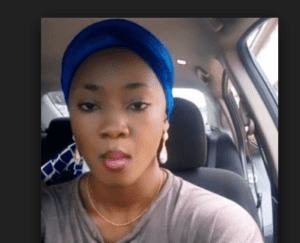 Ayeyemi during police parade had claimed that Khadijat was killed by two men she brought into his house, while he was the one that dug the grave and buried the deceased for fear of being arrested by police if he reveals what happened.

Alao from Osun State buried the deceased in his bedroom and slept with the decomposing corpse for six days before he was discovered and arrested.

However, a police source has revealed that the suspect, aka QS dismembered Khadijat’s body in order to bury her in a corner of his room.

He said that Adeyemi during interrogation at the Criminal Investigation Department (CID), disclosed he shaved the deceased hairs and also removed her private part which he had taken to his native doctor in Ondo town for money ritual before burying her in the grave.

Noting that a night before khadijat’s death, the duo went to a restaurant for dinner and branched at a drinking joint before they went to the lover boy’s New Oke-Aro extension residence.

Adeyemi was joined by two others, who are at large to kill the ex-deputy governor’s daughter. He was always spraying insecticide and perfume to subdue the odour from the decomposing body.

The source said if Khadijat’s body had been allowed to continue decomposing in Adeyemi’s house, he would have become stinking rich.

He hinted that the suspect’s desire for quick money compelled him to kill Khadijat after a native doctor in Ondo town reportedly informed him that the money ritual he demanded for will require some human parts of a very close friend.

Meanwhile, the deceased father in an interview revealed that his daughter was Hypnotized by Adeyemi.

He stated: “All I can say is that the boy killed her for ritual purposes. My daughter was not a wayward girl. She was not a girl that was not well-fed. We made everything comfortable for her. I know that she didn’t go to his house on her own volition. That boy must have hypnotized my daughter before she could leave her school to head for his house.

“The boy dug a grave in his room, buried her and placed a mattress on the grave and was sleeping on the grave. My daughter was not found under the bed frame because the boy had no bed frame. When we tried our best to find her, we organized prayers. When we finished with the prayers, the heat was on him and he said he wasn’t able to continue with the ritual.

“He rushed out and confessed to his immediate sister. He told her what he did and asked her to bring a sack. It was then that the sister rushed to their father to inform him of what her brother did. Their father immediately invited the police and the boy was arrested”.