A Consultant Gynaecologist, with the Federal Teaching Hospital (FETHA) Abakaliki, Dr Joseph Agbeze has urged women to exercise their rights as regards to family planning even when their husbands refused to give their consent.

Kelechi Orji, aka Kelly Hansome, has accused Don Jazzy of locking him up for doing a cover of a song.

Benue State Governor, Samuel Ortom has announced his exit from the ruling All Progressives Congress (APC).

He said this at the banquet hall of the Government House in Makurdi, on Monday, during the swearing of his newly appointed Special Adviser on Local Government and Chieftaincy Affairs, Jerome Torshimbe.

Every Nigerian woman who wants to look classy and elegant in every occasion does not forget her gele. This is a headgear that goes with any traditional outfit. Due to the stress, one has to pass through to tie a gele perfectly, Nigerians readily welcomed the idea of auto gele.

Linda Ikeji’s Contact Details: Linda Ikeji is arguably the richest and most popular blogger in Nigeria. Her blog is followed by millions of people, home and abroad. She also has a lot of followers on various social media networks. Due to this large online audience, people often utilize her platform for advertising. 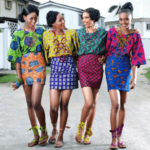 Long before the internet became this easy to access; fashion lovers and designers relied on magazines for fashion trends. If you wanted to know trending styles in fashion, you have to go through a magazine.

As a matter of fact, every fashion designer must have one or two magazines in their shop so their customers can be aware of trending styles and accessories that go with them. Some magazines were updated monthly while others were updated yearly. This article brings you the Best 10 Nigerian Fashion Designers’ Magazines. 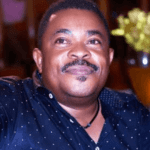 Victor Osuagwu: When Nigerians in 2014 were greeted with the pictures of Imo state born comic actor Victor Osuagwu, they all thought it was a set from a movie he was acting.

But the comic actor has come up to reveal that it wasn’t a movie set, that the incident was his real wedding to his heart rob Roseline. 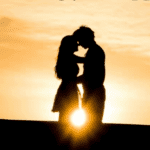 Top 10 Love Messages:- Sending the right message has a way of melting even the strongest hearts and increases the affection between two parties. You can show your partner how much you love and appreciate them through love messages. This has a way of conveying the deepest feelings, giving your love a peek at your heart. If she’s proving hard to get, love messages can make her have a change of heart. If you guys are already in love, the more reason to make your bond stronger.