A Consultant Gynaecologist, with the Federal Teaching Hospital (FETHA) Abakaliki, Dr Joseph Agbeze has urged women to exercise their rights as regards to family planning even when their husbands refused to give their consent.

He said this during a one-day media training on Sexual and Reproductive Health and Rights (SRHRs), and Gender-Based Violence (GBV), organized by Coalition of Eastern NGO’s (CENGOS), and Civil Resources Development and Documentation Center (CIRDDOC), in collaboration with Amplify Change. 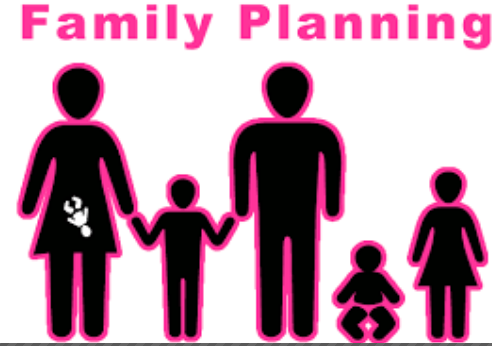 Agbeze maintained that under the  Women’s Sexual and Reproductive Rights of 1994, women have the right together with their husbands to decide the number of children they can give birth to and its spacing, stressing that  in a situation where the husband refused to listen, the woman can go ahead and do family planning without the husband’s consent.

“If such is your case, come to the Gynea unit we will do the family planning for you. If you want it immediately after you put to bed, please indicate and such would be done.

“While the number of children to be given birth to is the responsibility of the couple, but the woman’s choice is more respected”, he stated

Dr Agbeze also hinted that Ebonyi is number one on the list of states that are practicing Female Genital Mutilation (FGM), in the south-east zone. While Imo is second, Enugu third, Abia, Fourth and Anambra, Fifth.

In Ebonyi, Ohaukwu is the highest in female circumcision practice while Ikwo tops in maternal mortality.

He maintained that women should be empowered through free education, skills acquisition, among others to enable them to make an informed decision when it comes to sexual and reproductive health.

Earlier in his welcome address, the Executive Director of CIRDDOC/National Coordinator of CENGOS,  Ralchukwu Obioha, noted they were implementing a project titled ‘Building Bridges to End Gender-Based Violence (GBV), and increase Young People’s Access to Sexual and Reproductive Health Information and Services’ which is funded by Amplify Change.

Stating that to realize its objectives, the media training on SRHRs and GBV was organized.

“It is our intention to make gender-based violence more visible through the media- influencing the society to acknowledge it as a problem and to put pressure on policy makers to legislate against it and, where legislation already exists, to enforce such legislation, hence this training.

“This training is expected to provide knowledge to the media on sensitive reporting, especially as it concerns gender-based violence that can help survivors or others by providing them with the information they need to protect themselves or others or seek help and justice.

“In recognition of the role of the media in shaping the society, this one day training is therefore aimed at equipping reporters and news managers with the necessary skills to grapple with the challenge of reporting gender-based violence in a way that does not perpetuate gender stereotypes but informs and encourages public debate. It also seeks to help the media understand SRHRs and why GBV takes place and its far reaching consequences on women, families, and societies”, he noted

On his part, Chairman House Committee on Health, Hon. Oliver Osi lamented of high rate of infant mortality in the state.

He maintained that accessing good health care services and keeping a clean environment, infant mortality rate will be reduced drastically.