Kenny Blaq: Comedians have taken over the Nigerian Entertainment Industry. What used to be considered as a hilarious hobby is now a full-time lucrative profession. Many comedians now occupy the top chart, even higher than some popular musicians and actors.

Kenny Blaq is an interesting character in the comedy section. Getting to where he is today did not happen overnight, he worked for it. Let’s try to explore this character, maybe you can learn a thing or two about following your dreams. 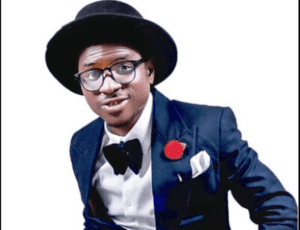 Kenny’s real name is Otolorin Kehinde Peter. He’s the youngest in a family of 7, maybe their number is so large because his mother gave birth to twins twice.

Kenny Blaq’s performance in the Calabar carnival in 2011, contributed a lot to his personality today. Calabar Carnival is a big event in Calabar that people look forward to, and attend every year from all over the world. It’s a great platform for showcasing skills and his performance drew a lot of attention to him. His popularity grew rapidly after then. Over time, he became a huge part of most of the comedy events in the country.

Kenny’s fans are intrigued by his comedic style, they can hardly stay away from his concerts. They describe him as sincere, dynamic and very entertaining.

Kenny studied at the FRCN Lagos Training School to acquire skills in professional presentation. For some time, he worked for “SMA FM” – a radio station connected with the college. Kenny was a presenter in a musical-comedy talk show.

He has bagged several awards from different bodies including:

Kenny has also performed in England and Dubai, adding a large of foreign fans to his already huge fan base. He’s one of the most popular comedians we have in the industry today.

Kenny has his own project named, “Making A Difference”, abbreviated as M.A.D. He kicked off this project in Ejigbo, Lagos, for the sole purpose of uniting the society, inspiring people to strive for their goals in order to achieve the maximum possible results. You can be a part of it!