One Julius Nwode Nwigboaka, aged 23, on Sunday, July 29, 2018, went on a rampage, killing his aged father and younger sister.

The deceased father was identified as Chief Nwode Nwigboaka, while his late sister’s name was yet to be confirmed at the time of filing this report. 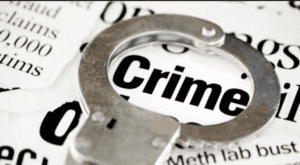 According to an eyewitness account, Julius had been smoking marijuana which sometimes makes him behave in an abnormal way.

That fateful Sunday, he had left the house very early in the morning without anyone knowing his whereabouts, only to return late in the afternoon after smoking marijuana as usual.

On entering the house his late father stopped and asked him where he was coming from. But the confrontation didn’t go down well with Julius who reached out for a machete close by and used it to slaughter his father.

And when his younger sister who was at home raised alarm he also attacked her killing her on the spot.

As if that wasn’t enough, he also attacked about six neighbours who rushed to the scene to know what was happening after hearing shouts from the apartment, leaving them with machete wounds.

Unfortunately for him, a man simply identified as Peter whose was among those attacked, gunned Julius down and he died on the spot.

“When he was attacking his father with a machete, Julius’ sister came out and asked him why he was attacking their father. After killing their father, Julius descended on her and hacked her to death. Some neighbours who saw what happened came to the scene. Julius attacked about six of them with the machete. As he was leaving the area wielding the machete, a man called Peter whose wife was among those attacked, went inside his house, brought his gun and shot him. He died instantly,” according to one of the eyewitnesses Ekoyo.

Another resident, who pleaded anonymity, alleged that the suspect was testing his newly acquired charms when he went berserk.

Meanwhile, the bodies of Julius his father, sister have been deposited at the morgue of the Federal Teaching Hospital Abakaliki, (FETHA) while the injured victims were rushed to an undisclosed hospital in the state.

The state Police Public Relations Officer (PPRO), ASP Loveth Odah, has confirmed the story, stating that investigation was still on.