Nigeria’s External Reserves to Nose-dive in Sept. It has been predicted that  Nigeria’s external reserves will nose-dive below $45 billion at the end of September, the lowest in six months.

Vanguard reports that the reserves had last week kept downward trend for the eight consecutive weeks, dropping below the $46 billion for the first time in five months. 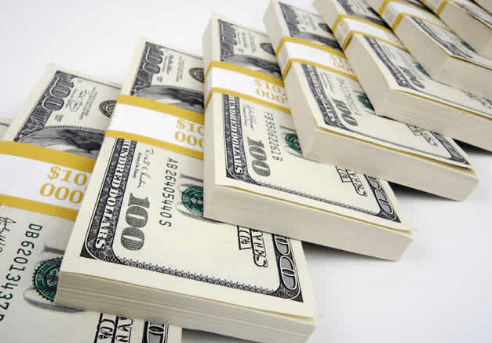 And according to Central Bank of Nigeria (CBN), Naira Data from the showed that the reserves fell last week by $292 million to $45.874 billion on Thursday from $46.166 billion Thursday of the previous week.

The report also had it that external reserves had consistently declined by $1.92 billion since July 5, 2018, when it began peaked at $47.798 billion, indicating an average weekly decline of $240 million.

While “reserves fell by $1.245 billion in August. The persistent decline is driven by the outflow of dollars by foreign portfolio investors exiting the nation’s debt market and increased dollar supply by the CBN in a bid to stabilize the naira exchange rate in the face of increased demand for dollars.

“With the apex bank expected to continue to maintain weekly dollar injection to defend the naira, reserves will maintain weekly decline in September. Hence the reserves are projected to drop by $962 million to $44.91 billion at the end of the month.

“Naira depreciates as I&E turnover rises by 68% Meanwhile, the naira depreciated in the parallel market and in the Investors and Exporters (I&E) window last week even as the volume of dollars traded in the window rose by 68 percent.

“The naira depreciated by 70 kobo in the parallel market and by 29 kobo in the I&E window. According to naijabdcs.com, the live exchange rate platform of the Association of Bureaux De Change Operators (ABCON), the parallel market exchange rate rose to N359 per dollar last week from N358.3 per dollar the previous week translating to 70 kobo depreciation for the naira.

“Last week the CBN maintained its weekly injection of $210 million in the interbank foreign exchange market, allocating $100 million to the wholesale segment, $55 million to the SME segment and $55 million to invisible transactions. Economic expansion persist in August-PMI,” according to the report.

Meanwhile, the Manufacturing and Non Manufacturing Purchasing Managers Index (PMI), released a statement on the survey of the CBN for August indicated further expansion in business activities during the month.

The statement reads: “The Manufacturing PMI in the month of August stood at 57.1 index points, indicating expansion in the manufacturing sector for the seventeenth consecutive month. The index, however, grew at a faster rate when compared to the index in the previous month.