Senate President, Bukola Saraki was on Thursday, August 2, 2018, appointed the national leader of the Peoples Democratic Party, (PDP) at the party’s NEC meeting. 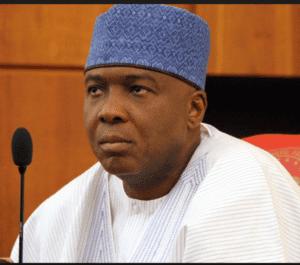 As the highest office holder in the party presently, he will replace his deputy, Senator Ike Ekweremadu, who had been the leader until the defection of Saraki and other top APC members to the PDP.

It was gathered that the arrival of Saraki was followed by so much excitement as he was led into the venue of the meeting by PDP national chairman, Prince Uche Secondus, and other top leaders of the party.

The NEC meeting also had in attendance PDP bigwigs including governors, lawmakers and some of the presidential aspirants.