The 2019 elections is just a few months from now and the polity is already heated with mass defection rocking the ruling All Progressives Congress, (APC).

More worrisome is that those leaving the party are political heavyweights whose exits are always felt no matter how strong the party they dumped claims to be. 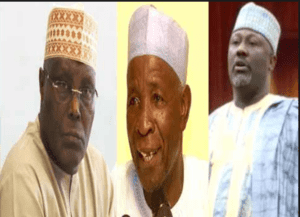 Even when president Buhari described defection as a necessity on the eve of an election, he should remember that it was that same movement that ensured his victory in 2015.

Hence,  it is expected that the APC should re-strategies if the party still wants to hold on to power after 2019.

Recently, the Senate President finally dumped APC to PDP this was after the governors of Benue, Kwara, and Sokoto states had already defected.

Below are the names of APC members who left the party to PDP, starting with the latest who defected on  August 1, and July 31 as compiled by Naij.

Names of Senators that have defected to PDP

Names of House of Reps members who have dumped PDP