The Joint Admissions and Matriculation Board (JAMB), has remitted N7.8 billion to the federal government being examination surplus, the board’s head, media, and information reveals. 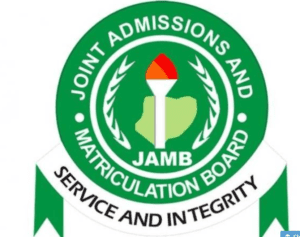 Fabian Benjamin, on Sunday in Lagos, explained the amount was the surplus generated from the conduct of the board’s 2018 Unified Tertiary Matriculation Examination (UTME).

He said that the federal government also directed that JAMB remits only N5.6 billion, while it should use the remaining N1.2 billion to restructure its headquarters to meet up with its international status.

Stating: “However, the government in its magnanimity, graciously directed that we remit about N5.6 billion and use the balance for the restructuring of the board’s headquarters to meet up with its international status.

“We, therefore, want to appreciate the governing board of JAMB led by Dr. Emmanuel Ndukwe for the tremendous support in ensuring that the current administration’s vision of transparency and accountability as fully embraced by JAMB is sustained.

“The Ndukwe-led board had, within its short period of the inauguration, contributed immensely in some groundbreaking innovations.

“One of such innovations is the quick remittance of the 2018 surplus. Whatever candidates pay for JAMB’s examination is a trust and must be accounted for.

“The board, though not a revenue-generating agency, will continue to be judicious with resources at its disposal.

“Cumulatively and technically, the board had remitted a total of N15.6 billion in less than two years.

“The board is thinking of how to ensure that candidates benefitted from the surplus.

“We are currently looking at a number of ways to enhance the conduct of the examination where candidates will benefit by way of a conducive environment in writing the examination.

“We are also looking at putting more mechanism in place that will ensure absolute equity and fairness in the selection of candidates through enhanced technology as currently being done by the Central Admission Process Selection (CAPS).”

Benjamin noted that the board was set to develop a cutting-edge technology in order for JAMB candidates to get the best registration procedure, examination, and a more improved selection process.