Did you know that Davido attended university? If your answer is yes, then it could be that you saw his convocation pictures trending online? Well, he did. He graduated from Babcock University. But the big question should be, why did he bother attending university when he was already so rich?

Young people that want to pursue a career in the entertainment industry often get into argument with their parents or guardian when it comes to getting educated. Some youngsters quickly refer to one superstar or the other that dropped out of school and made it. It’s as if these celebrities have painted the picture that if you want to make it in life then money is the only thing that matters, education is a waste of time. Well, if you’ve formed that notion in your head, you need to have a rethink. 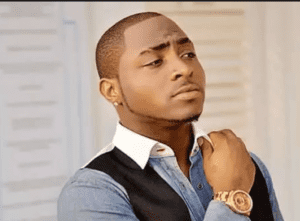 Even if you feel you’ve made it in life, you will agree with me that there are certain unseen demarcations that exist among the educated and uneducated rich people in the society. Looking at the Nigerian Entertainment Industry today, very few can boast of completing their tertiary education. The story of Davido’s educational background is not that different.

David Adedeji Adeleke, the music celebrity popularly known as Davido, did not find it funny explaining to his father why he had to drop out of school to pursue fame seeing how much his father loved and invested in his education.

Davido was born in Atlanta, Georgia, United States but he did not live there for long. His father, Adedeji Adeleke, wanted the best education for his son so decided to send him back to the States to receive his higher education. According to Davido’s biography, in 2010, his dad dropped him off with his registration documents, $2,000 in cash and his passport by the doors of a formerly Black Christian college, Oakwood University.

ALSO READ:   Cost of giving birth in US public hospitals by foreigners

Davido lived in the school hostel with other students. As fate will have it, Davido’s roommate had his own recording studio. It didn’t take long for Davido to identify with him. Soon, he was singing and recording tracks in the studio. He was sending some of his recorded tracks to his cousin back in Lagos, Nigeria.

This new line of interest affected his education and his grades began to plummet. Eventually, Davido dropped out of school without informing his father. He moved over to London in pursuit of his music career. When he finally came back to Nigeria, he had a big fight with his dad. Though his father is rich and influential, he knows the value of education and wanted his son to get one. Davido on the other hand, didn’t see a need for education since he was already treading on the path to wealth and fame.

After a long silence, he reached a compromise with his father – he would go to school to study his career as a course. His father had to allegedly create a whole new university programme just for his son. Taking into account Mr. Adeleke’s immense wealth and influence, it was not hard for him to collaborate with a private university not far from his residence to create a Music Department. The university in question was Babcock University.

ALSO READ:   How To Check MTN Data Bundle For Android

He had a good relationship with them, having invested in some of their projects and it also happened to be where Davido’s mother was lecturing in before she died back in 2003. So when he approached the university administration with a request to open a new department, they had no other choice but to comply.

That was how Davido became the first and only part-time student of the new Music department of Babcock University in 2012. All the while, Davido was still recording his own music and performing, but he still managed to keep up with his studies.

Over the next few years, the young artist tried his best to study. He was a part-time student, as his music career did not allow him to go to the University every day. According to his Head of Department, Olusegun Ojuola, though he had issues with the dress code at first. Davido had to take his coursework with him on tours and appearances.

However, in 2015, David Adedeji Adeleke graduated from Babcock University after four years of studies that resulted in a Second Class Upper Division Bachelor of Arts degree in Music. He wrote his thesis on ‘Challenges of a Live performance of Afro-pop artistes in Nigeria’.

While that degree is not very likely to do him much good now that he is a big shot in the Nigerian Entertainment Industry, it sure drew a lot of attention. Get the fame but don’t neglect education while at it. You can go part-time, education can add more value to your profession!