He directed the AG to start the payment on Thursday Despite the non-release of June and July federal allocations by the federal government.

Umahi said the decision was in keeping with his promise of paying all workers in the state on or 15th of every month. 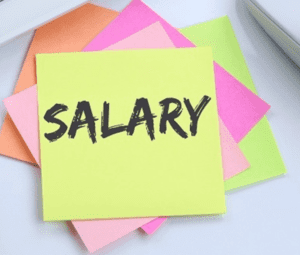 The state Head of Service, Dr. Chamberlin Nwele disclosed this to newsmen yesterday at government House Abakaliki while briefing on the outcome of the state Executive Council meeting.

Nwele briefed the newsmen in the company of Commissioners for Finance and Works and Transport, Chief Obinna Nwachukwu and Engr Fidelis Nweze, Special Adviser to the Governor on Labour Relations, Mrs. Grace Chukwu and Special Assistant to the Governor on Project Design, Mrs. Uche Okah.

He noted: “despite the fact that June and July federal allocations have not been released to states, our Governor has directed that Accountant General should borrow money and commence payment of workers’ salaries tomorrow. This is to ensure that he keeps to his words of paying workers on or 15th of every month and 15th of this month is on Sunday.

While Commissioner for Finance, Obinna Nwachukwu stated: “ For the payment of this July salaries the government is going the extra mile because as we are speaking with you, the allocation for the month of June and July have not been signed by any of the three tiers of government.

“As I am talking to you, the allocation for the month of June has not been assigned by government but because of the nature of our leader the governor and the policy of this government, he has directed that myself the Commissioner for Finance and the Accountant General should go extra mile sourcing loan to make sure that we pay even before the normal time he pays salaries.

“So in other not to owe workers for this month, the council decided that it will borrow from banks to pay workers their July salary and the loan is expected to be paid back to the bank as soon as the allocation is released”.