Ten Junior Secondary School Students in Enugu state have been arrested by Nigeria Police for their alleged involvement in cultism.

The incident has been confirmed by the commissioner of police Enugu state, Mohammed Danmallam.

The suspects between 14 and 15 years, were said to be members of cult groups- the Viron Queens and White Angels. 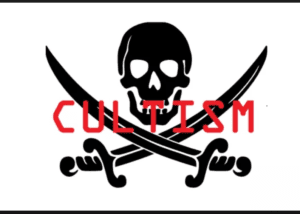 It was gathered from the command that the police anti-cultism squad raided the alleged cultists following a tip-off.

The commissioner of police said they have names of about thirty JSS students who were allegedly defiled and initiated into cult groups.

Some of the arrested suspects according to police confessed they were further defiled by their male teachers on discovering about their activities.

Peace and Nwoke who confessed to the crime narrated they were introduced to the cult through a friend and were drugged before being defiled by five different boys as part of their initiation.

Stating, “We didn’t know they put drugs in the drinks they gave us. From there, we were initiated and raped by six boys”.

For Olisakure, “We were threatened not to tell anybody. The irony is that at the closing hour of the school, three of the same boys who initiated us would come by bike and take us away to have sex with us. After that, they give us N1,500, as transport fare.”

While Chisom revealed that, “Some of our teachers know that we are members of Viron Queen Confraternity.

“We don’t respect our male and female teachers. Some of them used the advantage to sleep with us because we don’t want them to tell our parents.”

The Commissioner said an investigation into the incident was on going.

Meanwhile, Enugu state  Police Public Relations Officer Ebere Amaraizu, had earlier said members of the gang have reportedly killed some people in Ehamufu in Isiuzo local government area of the state where they have been operating.

She gave the names of some of the suspects as Emmanuel Edeh from Ehamufu and Chibuike Odoh also from Mgbuji Ehamufu.