It said the commission should enforce the contract mandating power distribution companies to provide meters to customers and eliminate estimated electricity bills in the power sector.

Fashola during a press conference in Abuja read various sections of the Electric Power Sector Reform Act of 2005. He maintained that the estimated billing should stop and that it was high time that the government acted and put an end to the excesses of the power distributors. 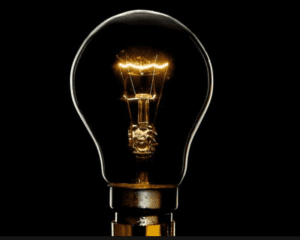 “Government must act and will do so. The Discos bought these power assets with their eyes opened, and they must compete to deliver or exit.

“It is not my intention, or that of the government, to take over the business of the Discos. On the contrary, it is the government’s desire to see the Discos thrive in a competitive environment.

“In the period when they are not yet ready, willing, or able, life must go on and we must find solutions and substitutes as we have seen in other sectors.”

Fashola noted it’s “necessary to direct NERC to step in to ensure that the Discos improve on their distribution equipment and capacity to take up the available 2,000 megawatts in order to optimize the use of the electrical resource produced by the Gencos, and I direct NERC to immediately act in this regard.

“NERC should enforce the contract of the Discos to supply meters and act to ensure the urgent and speedy supply and installation of meters with a view to eliminating estimated billing and promote efficient industry and market structures.

“NERC should stop the Discos from threatening private entrepreneurs from entering the market to supply consumers, whom the Discos cannot supply, and to license such persons subject to terms and conditions in order to promote competition and private sector participation, and avoid a private monopoly of power.”

He continued, “unless the Discos have a license that is endorsed as exclusive, it is clear that no Disco has exclusivity over its franchise area.

“It is obvious that the law did not intend to replace government monopoly of the PHCN in the power sector with a private monopoly of businessmen.

“If we take into consideration that after five years of privatization, there are still people and businesses who do not have power or enough power, common sense and public interest demand that we must not resist ordinary people, small businesses like shops and markets from seeking alternative sources of energy.

“If the Discos are not resisting the generator sellers, who are contributing to pollution, what is the logic of resisting small entrepreneurs bringing mini-gas plants to supply a market need?”