FG to Give 2m Nigerians Free Loans, Each State to Get 30,000 Beneficiaries

The federal government has promised to give about two million Nigerians free loans to start up their preferred businesses.

President Muhammadu Buhari on Tuesday, said this through a statement by his acting Senior Special Assistant on Media and Publicity, Laolu Akande.

He said that each state including the Federal Capital Territory is entitled to 30, 000 beneficiaries. 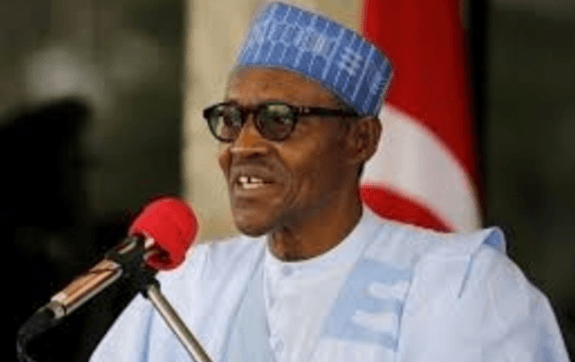 Noting that the two million beneficiaries are expected to be gotten before the year runs out, while petty traders in Lagos, Kano and Abia States will be the first round of beneficiaries to draw the collateral free loans.

He reiterated that President Buhari in his fight to reduce unemployment in the country, launched the scheme last week in Lagos.

“In a determined and significant bid to further enlarge its financial inclusion agenda for all Nigerians regardless of social class and economic status, the Buhari administration has launched a new initiative under the Government Enterprise and Empowerment Programme (GEEP), called the Trader Moni, which will empower two million petty traders between now and the end of the year.

“The scheme which was launched last week in Lagos would grant a minimum of 30,000 loans in each State of the Federation and the Federal Capital Territory.

“Altogether the 2 million mark is expected to be attained on or before the end of this year, with petty traders in Lagos, Kano and Abia States set to be the first round of beneficiaries to draw the collateral free loans.

“In addition to the 30,000 loans per State, States with larger populations like Lagos and Kano are expected to get more than 30,000 loans. Across the country, especially in the pilot states about 500,000 potential beneficiaries have so far been enumerated.

“In order to identify the beneficiaries, no less than 4000 enumeration agents have been engaged by the Bank of Industry which is deploying the new scheme.

“Trader Moni is designed to help petty traders expand their trade through the provision of collateral free loans of N10,000. The loans are repayable over a period of six months.

“Under the scheme, beneficiaries can get access to a higher facility ranging from N15,000 to N50,000 when they repay N10,000 within the stipulated time period.

“The goal of the Buhari Administration is to use the Trader Moni to take financial inclusion down to the grassroots, the bottom of the ladder, considering the contribution of petty traders to economic development. The Federal Government is also aware of the fact that many of the petty traders don’t have what the commercial banks require to grant loans.

“This administration is keen to ensure that such traders at that level are able to build their businesses and grow.

“The scheme will soon be taken to other states in the country, with Abia and Kano states next in line.

“Beneficiaries are already heaping praise on the Buhari administration for this initiative that will improve their businesses.

“A trader in one of the Lagos markets, Anna Enwerem thanked President Buhari for the initiatives. “I sell clothes. This N10,000 would do a lot for me and my children. I like this programme so much. I will pay the loan before six months’ time. Before I didn’t believe it, but now that I have received my money I believe.”

“Similarly, Chief Mrs. Mufiat Adewumi, a market women leader in Lagos said it will help ordinary Nigerians who cannot have access to commercial banks’ credit facilities because they don’t have collateral, “We are happy about the Trader Moni because this is what we have been expecting for long, that the Government should assist the masses, especially the traders. We thank the Federal Government so much,” according to the statement