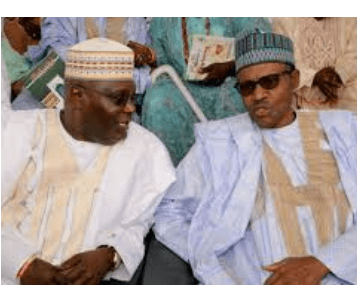 The Atiku Presidential Campaign Organization (APCO), has accused the federal government of President Buhari, of stealing Atiku’s idea of listing 40 percent of its shares in the Nigeria National Petroleum Corporation (NNPC), at the Nigeria Stock Exchange (NSE). 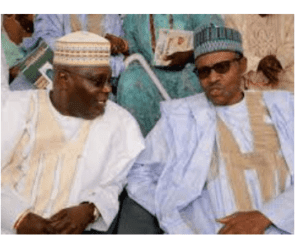 The group was reacting to the recent announcement by the federal government that it would list 40 percent of its shares in the NNPC, at the NSE.

APCO spokesman, Segun Showunmi, in a statement on Friday, said it was happy that the Buhari’s government adopted the measure as already suggested by the former Vice President Atiku.

Stating that it expected Federal Government to recognize and commend Atiku for lifting a portion of policy proposal espoused by the Atiku Presidential Campaign Organization.

The group reiterated that the Atiku 2019 campaign has prepared a robust and well thought out policy initiatives that when implemented will definitely address the many problems that the present administration could not solve.

“However, we expected that the Federal Government would recognize and give accolades to Atiku for lifting a portion of policy proposal espoused by the Atiku Presidential Campaign Organization.

“For the avoidance of doubt, what Atiku is proposing is a more comprehensive privatization process that will make the financial records of the NNPC more transparent, and its operations more efficient.

“The Atiku 2019 campaign has prepared a robust and well-thought-out policy initiatives that when implemented will succinctly address the myriad of problems that the sluggishness of the Buhari presidency has foisted on the country’s socio-economic well-being.

“Once again, we welcome the initiative to get the NNPC listed on the Nigeria Stock Exchange, thus making the oil and gas giant accountable to Nigerians. Be that as it may, it would have been more honorable for President Buhari administration to tell Nigerians that the initiative was Atiku’s brainchild” it stated.