Federal Government has stated resolve to revitalize lottery Industry in the country which will serve as additional source of income.

Secretary to the Government of the Federation (SGF), Mustapha, said the revitalization is part of federal government’s efforts in diversifying the economy and generating more revenue. 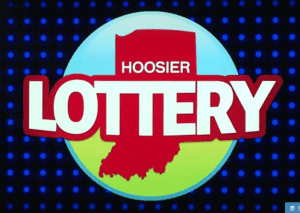 He this said during the commissioning and presentation of medical equipment donated by the NLTF to the General Hospital in Toro, Bauchi State yesterday.

He was represented at the event by the Permanent Secretary, Special Duties in the office of the SGF,  William Alo, who explained that the move was in consideration of the current instability in the prices of oil and world economic downturn.

Adding: “The federal government is saying today that wherever the needed resources may be, this administration led by President Muhammadu Buhari will find them, harness them, and apply them for the benefit of the generality of the Nigerian people.”

“Having made a careful study of history and the happenings in other jurisdictions as stated earlier in this address, the federal government is convinced of the enormous potential which lottery holds for the development of this nation.”

He said federal government was present in the process of approving new regulations and operational guidelines as provided under the National Lottery Act of 2005 with a view to strengthening the capacity of the National Lottery Commission and the NLTF to perform their functions effectively.

While urging persons and organizations licensed to engage in the national lottery to sit up and perform or have their licenses revoked.

Earlier in his speech, the Acting Executive Secretary, NLTF, Mallam Bello Maigari, stated its commitment to promoting quality healthcare delivery services to communities across the country through the application of lottery proceeds.

He asked lottery and gaming operators and permit holders to keep to their obligations of remitting 20 percent lottery proceeds directly to the Trust Fund.

He reiterated that government would no longer tolerate practices that undermine the growth and development of the sector in the country.