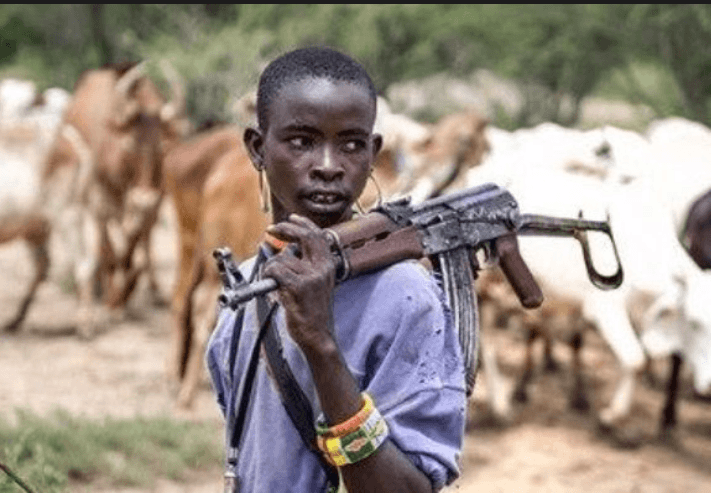 The association claimed it acts was a retaliation following the killing of 300 cows belonging to its members.

Recall that suspected herdsmen had on Saturday night and Sunday, allegedly attacked  Riyom, Barakin Ladi and Jos South local government areas, leading to the death of over 100 persons. 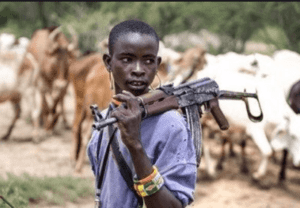 According to a statement signed by the Chairman of the North Central zone of MACBAN, Danladi Ciroma, the herdsmen in the state had lost about 300 cows in the weeks prior to the attack.

The statement stated, “These attacks are retaliatory. As much as I don’t support the killing of human beings, the truth must be told that those who carried out the attacks must be on a revenge mission. “There have been recent reports of cow rustling and destruction of farms between Berom farmers and Fulani herdsmen.

The people carrying out these criminal activities are well known to the communities but the communities are hiding them. “Fulani herdsmen have lost about 300 cows in the last few weeks – 94 cows were rustled by armed Berom youths in Fan village, another 36 cows were killed by Berom youths. In addition to that, 174 cattle were rustled and the criminals disappeared with them to Mangu. “Since these cows were not found, no one should expect peace in the areas.

Even soldiers that went after the criminals to recover the rustled cows were shot by the armed rustlers and eventually escaped with all the cows. “The government of Governor Lalong has done a lot to restore peace, but the criminal elements hiding among their people are the ones frustrating these peace efforts.”

It continued, “because such report can lead to attacks and deaths if not properly handled.”

“Criminals thrive a lot in Berom communities, but when the herdsmen, who are always victims of their crime, react with attacks, they blame the government.”

However, Plateau State government is yet to officially confirm yesterday’s attack, while the police spokesman, Mathias Tyopev told newsmen he was not aware of the recent development.

But according to Vanguard’s report, a member of the State House of Assembly, representing Riyom, Mr. Daniel Dem, an indigene of the area said there was an attack.

He said, “Yes, I was called and informed that Kwi was attacked this morning (yesterday), but I can’t say how many people were killed. But there are still people trapped at Palang village of Shonong, no security is there to rescue them and the boundary between Riyom and Kaduna State is tensed.

“Since this ugly incident started, we have not rested, I just returned from Riyom to do a few things and go back there.”

While another indigene of Kwi, Mr. Dauda Gyemang, said, “yes, a sick woman was killed. She was mentally retarded and could not run when residents started hearing the sporadic gunshots until the attackers caught up with her and killed her.”

In his reaction, the senator representing Plateau North in the National Assembly, Jonah Jang in a statement by his Media Consultant, Clinton Garuba, condemned the Killings. The statement reads, “With a deep sense of grief and genuine indignation, the senator representing Plateau North Senatorial Zone, Senator Jonah Jang, condemns in the strongest terms the barbaric killing of over 200 people in Gashish District, Razat, Ruku Nyarr, and Gana-Ropp in Barkin-Ladi Local Government Area of Plateau State by herdsmen.

“These continuous killings are fast becoming a coordinated attempt at genocide aimed at annihilating our people and stealing our God-given heritage. As one who is particular about the welfare and well-being of the people, the senator’s heart is with the families of all those who have been deliberately and mercilessly separated from their loved ones for eternity. “It is quite unfortunate that despite all the valuable lives we continue to lose, the government of the Plateau, led by Governor Simon Lalong, is still living in denial.

“How many Plateau lives must be violently ended before the governor realizes that the peace he claimed to have brought on the Plateau is imaginary?”

On their part, NBA Jos chapter, through its chairman, Bon Ngyou, condemned the attack, describing it as “senseless and mindless destruction of lives and property, since Saturday, June 23, 2018, in villages in Barkin Ladi, Riyom, Mangu, and Jos South local government areas.”

“The NBA is gravely saddened by this development and calls on the security agents to quickly bring this dastardly act to an immediate halt as it is unacceptable. We cannot continue to toe this path to perdition.”

It was also gathered that management of the University of Jos warned its staff and students to be mindful of their activities, following the recent attack.

The university also issued a statement through its Principal Assistant Registrar, Information and Publications, Abdullahi Abdullahi, stating, “Following the civil disturbances recorded in some parts of Plateau State and attendant tension generated, Staff and Students of the University of Jos are being strongly advised to be watchful and careful when coming to school. “They should avoid conflict-prone and lonely routes and be careful with kinds of vehicles/tricycles they board to ensure their safety.”

On his part, Buhari said politicians were taking undue advantage of farmers/herders’ clashes across the country.

He said this in a statement by his Senior Special Assistant on Media and Publicity, Malam Garba Shehu.

He stated, “We know that a number of geographical and economic factors are contributing to the longstanding herdsmen/farmers clashes. But we also know that politicians are taking advantage of the situation. This is incredibly unfortunate. “Nigerians affected by the herdsmen/farmers clashes must always allow the due process of the law to take its course rather than taking matters into their own hands.”

“The state governor, Simon Lalong, had invited the aggrieved groups and pleaded against further action while the law enforcement agents looked into the matter. Less than 24 hours later, violence broke out. “Some local thugs then took advantage of the situation, turning it into an opportunity to extort the public, and to attack people from rival political parties. “There were reports of vehicles being stopped along the roads in the state, with people being dragged out of their cars and attacked if they stated that they supported certain politicians or political party. “On his way back to Jos after attending the All Progressives Congress, APC, Convention in Abuja, the state governor had to dismantle a number of illegal road blocks set up by these thugs. There were also a number of dead bodies thugs had killed, lying along the road.”

Meanwhile, Peoples Democratic Party (PDP),  also issued a statement stating, “When the Zamfara State governor, Abdulaziz Yari cried out that he was overwhelmed by the spate of insecurity and killings, the Federal Government gave him an ineffectual response laced with their trite blame game.

“We urge Nigerians to note that since the escalation of killings and blood-letting in various parts of the country, particularly in Plateau, Benue, Taraba, Kogi, Adamawa, Yobe, Borno, Zamfara, Kaduna and other states, no concrete steps have been taken by the APC administration to strengthen and fortify the security architecture in the troubled areas. “Instead, what we are witnessing are inactions, impotent assurances and blame games that have continued to compromise security in the areas thereby creating opening for marauders to continue to ravage our people.

“In fact, if the All Progressives Congress (APC), and its Federal Government had channeled the same energy and resources they have deployed to fighting perceived opponents towards fighting marauders and insurgents, the security challenge would not have been as devastating as we have in our nation today.

“The PDP particularly agrees with Nigerians that if the over 7,000 security personnel, police surveillance helicopters and Armoured Personnel Carriers were not withdrawn from their primary security duties and drafted to be part of the APC national convention, the marauders would not have had a field day in this Plateau attack.”

Senate President, Dr. Bukola Saraki, in his reaction noted, “I am very sad to hear the news of the incident in Plateau State. This is very depressing and gives the impression that the country is not safe. ‘’The problem of Boko Haram in the North East is well known to everybody but this killing by an unknown band of assailants in Benue, Taraba, Plateau and Kaduna states is now giving another dimension to the crisis. Coming at the time we are getting ready for elections, we need to respond fast. “If the plan is to develop some long-term measures, we also request that the President should mandate the security chiefs to put forward an immediate short-term and quick response measure which will restore confidence in the system and demonstrate to the criminals behind this killings the capacity of government to tackle the issue.

“We have to immediately devise a plan through which the criminals behind the killings and their sponsors can be nabbed and made to face the wrath of the law. We have to also develop plans to mop up illegal firearms in the hands of dangerous elements while also stopping the influx of these arms into the country.