Ex-agent of the American’s Central Intelligent Agency (CIA), has revealed how he allegedly killed reggae icon, Bob Marley who died years ago.

The cause of Marley’s death was widely claimed to be cancer, but with the revelation of 79-year-old Bill Oxley, the deceased fans suspicion has proven to be true.

Marley died at the age 36 after battling for four years with supposed cancer. 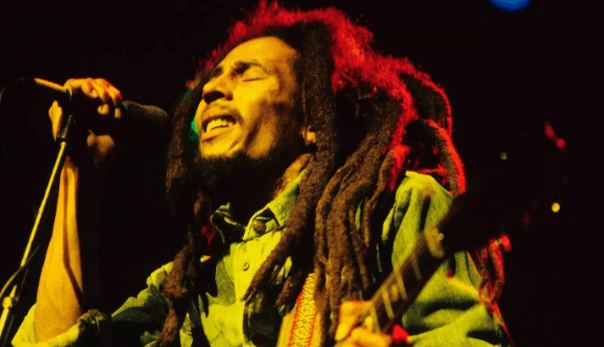 The deathbed former agent confessed that he used fake press credentials to gain access into Marley’s house where he introduced himself as a famous photographer working for the New York Times and presented Bob Marley with a gift, that ended his life.

Not only infecting him, Oxley also kept close contact with Marley during the final years of his life, ensuring the medical advice Marley received in Paris, London and the United States has nothing to do with cure, but his death.

In a purported interview which has gone viral, Oxley allegedly claimed he murdered 17 other persons apart from from Marley for the American government between 1974 and 1985, at a time when he said the CIA “was a law unto itself.”

He worked as an operative for the CIA for 29 years, and was reported to have said he was often used as a hitman on targets deemed to “represent a threat to the interests of the United States.”

ALSO READ:   How to Send and Receive Faxes Online Without a Fax Machine or Phone Line

Oxley allegedly confessed to not having any problem with proceeding with the Bob Marley assassination because: “I was a patriot, I believed in the CIA, and I didn’t question the motivation of the agency – I’ve always understood that sometimes sacrifices have to be made for the greater good.”

He continued: “I gave him a pair of Converse All Stars. Size 10. When he tried on the right shoe, he screamed out ‘OUUUCH.‘

“That was it. His life was over right there and then. The nail in the shoe was tainted with cancer viruses and bacteria. If it pierced his skin, which it did, it was goodnight nurse.”

“There had been a series of high-profile assassinations of counter-culture figures in the United States in the late sixties, early seventies. By the time Bob Marley’s time came around, we thought subtlety was the order of the day. No more bullets and splattered brains.”

“The last time I saw Bob before he died he had removed the dreadlocks, and his weight was dropping like a stone

“He was very withdrawn, unbelievably small. He was shrinking in front of us. The cancer had done it’s job”, he admitted.

Reports have it that even as Oxley’s account was widely dismissed as fiction, it does tally with findings by UK scientists in 2014, who discovered the mysterious acral melanomas a rare type of skin cancer that caused Marley’s was not caused by the sun.+++on’t know what to believe … there are a lot of theories.”

ALSO READ:   Starting Up A Recycling Business In Nigeria

Meanwhile, in the late 1970s, Jamaica was Submerged with all manner of ill  activities which include gun running, heroin, cocaine, right-wing propaganda, death squad rule as well as the CIA’s “pernicious attempts [to] wreck the economy” according to  Grenada’s Prime Minister, Maurice Bishop three years later.

Adding: “Destabilization, is the name given the most recently developed method of controlling and exploiting the lives and resources of a country and its people by a bigger and more powerful country through bullying, intimidation and violence.”

On its part, CIA, denied any involvement in Marley’s death.