Monalisa Chinda is a beautiful, talented Nollywood actress that goes way back. She’s one of the actresses that transformed the face of Nollywood. She has been featured in several movies yet her acting keeps getting better. How did she get to where she is today?

Monalisa Chinda was born on September 13, 1974 (you can do the math). Her mother is Igbo, and her Father comes from Ikwerre community in Rivers State. She was born and brought up in Port Harcourt, being the first child out of six (she has two brothers and three sisters). 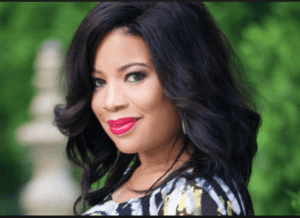 She attended primary and secondary schools in her hometown and after high school, she was admitted into the University of Port Harcourt, where she studied Theater Arts. With this, she was able to combine natural talent with skills.

Her acting career actually began in the university, as early as 1996. Since then, her career has soared. Now, she’s one of the most popular and highly demanded actresses in Nollywood. Here are some of the most famous movies she acted:

To mention but a few as the full list runs into hundreds.

ALSO READ:   Cristiano Ronaldo's Children | Get To Know Them

What is her net worth? Monalisa Chinda net worth

An actress this popular must be very wealthy. Monalisa Chinda is believed to have a net worth of over 300 million Naira. This is not surprising, because Monalisa is not only a gifted actress but a movie producer for young artists. She runs some charity projects and writes for The SUN Newspaper as well.

Her first marriage was in 2004 to Segun Dejo-Richards. They divorced several years later. It is rumored that Segun Dejo-Richards (showbiz promoter), had a wife, half a year before his marriage with Monalisa. The actress discussed this situation in her numerous interviews, and she believed that this was one of the reasons why their family couldn’t find a common language and reunite.

She took another chance to love by getting married a second time. This time with Mr. Victor Toney Coker in 2016. Their traditional wedding ceremony held in the Nigerian city of Port Harcourt (Rumuodani). It was the talk of the town. The couple also enjoyed an amazing white wedding outside the country half a year after their official wedding celebration. Their white wedding took place in Greece.

This her second husband, Victor Coker, happens to be her childhood friend. Both families lived in Port Harcourt and Victor’s sister was Monalisa’s best friend but Victor later moved to Germany where he built his life. He’s currently trying to set up his life in Nigeria for the good of his marriage. One can easily understand why the actress can’t just uproot her life from Nigeria and relocate to Germany.

Yes. Monalisa and her first husband had a daughter. Her name is Tamara. She is 10 years old and spends most of her time with her mum.

Monalisa has bagged several titles and awards such as the amazing Carnival Queen and Best Actress titles. Her fans believe that things can only get better for her.