There have been rumors making the rounds that Humblesmith was in a romantic relationship with Tiwa Salvage after several photos emerged showing Humblesmith posing with the Marvin songstress, Tiwa Salvage.

But the ‘Osinachi’ singer has debunked the allegations, stressing he was not in any relationship with the award-winning singer and the mother of one. 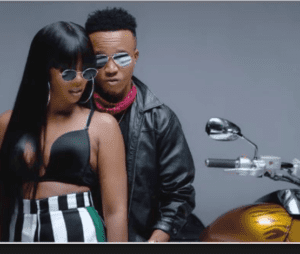 He also put the records straight, revealing that the photos that showed him posing romantically with her were from a video shoot.

In a recent interview with Showtime, Humblesmith said that the photos that sparked off the rumour that something was going on between the two of them were taken on the set of a soon to be released video of his.

“Those pictures which went viral online are mere pictures taken on the set of a recent video shoot for my new song, ‘Attracta’, featuring Tiwa Savage. I’m not in any form of romantic relationship with her.

“I think this rumour came up because she has not taken such sensational or romantic picture with any other artiste apart from Wizkid; so I think that’s why the pictures went viral.

“You know bloggers always look for sensational stories to drive traffic on their blogs; that’s the reason they were suspicious and went ahead to write stories that I may be dating Tiwa Savage, but there’s nothing of such,” he added.

Meanwhile, Tiwa Salvage is yet to react to the rumors.