Ibeto said this in Abakaliki recently, when he led a delegation of both groups on a courtesy call on Gov. David Umahi.

The high-capacity cement factories would be situated in Nkalagu and Effium communities of Ebonyi State. 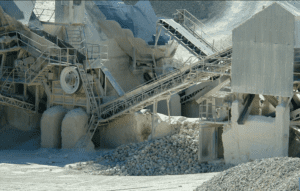 Ibeto revealed that the first factory will be situated beside the already packed up Nigerian Cement Company (NIGERCEM) Nkalagu, with a production capacity of 9, 000 metric tons of cement per day.

Stating: “We are not going to remove anything from the old plant but set up the new one beside the moribund factory.

“Nothing is going to be removed in the old plant and we would ensure that it would be completed on record-time.

“We would also commence another plant in Effium community but due to less availability of limestone deposit in the area, the factory would produce 3, 000 metric tons of cement per day,” he said.

He assured there will dedication on their part at the project sites as preliminary works which include designing would commence immediately.

Adding: “We would ensure that all agreement reached during the contract signing in 2015 are met as the factories would ensure the rapid economic development of the areas and the state.

“I congratulate the state governor for his infrastructural strides and pray that he assumes higher positions of authority in the country on completing his second tenure in 2023″.

On his part, the Vice President of Sinoma Construction Company Mr Chen Gong, pleaded for the collaboration of both host communities and the state government.

“We pledge to respect the laws and cultures of the areas the factories would be sited and ensure that the projects become a monumental blessing to the people,” he stated.

in his response, Ebonyi state governor, David Umahi commended Ibeto and his team for the visit.

He reiterated that the state government would provide the adequate security they needed for the project.

“We would remain grateful to you for assisting us take-off as a government as you constantly advised me to embark on the massive infrastructural development and empower the people.

“Some people who felt that you are not coming back to the state, turned your house into a Mecca, urging you to support a change of government but you stood for the truth.

“I am happy that the same people are hearing us presently as you also challenged the preceding government in the state for dethroning the traditional rulers of Nkalagu,” he noted.

Recall that the NIGERCEM cement company Nkalagu became moribund in 2002 after the governments of the five south-east states handed it over to the Eastern Bulkcem Company.

The company failed to revitalize it with the factory’s equipment vandalized and depreciating greatly with the workers most of whom had died, were owed entitlements since then.

The present government under Umahi has also made efforts to revive the NIGERCEM cement factory, to no avail.