The Minister of Information and Culture, Alhaji Lai Mohammed, has ordered all the members of the Reformed All Progressives Congress, (R-APC) in Kwara State, who are loyal to Bukola Saraki, and are presently holding positions in boards of parastatals at the federal level to resign their appointments or face dismissal. 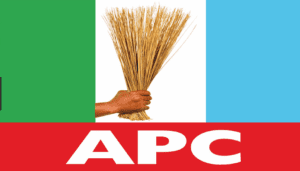 The minister issued the threat on Sunday, July 29, at a press conference in his country home, Oro in Irepodun Local Government Area of the state.

He reiterated it is unacceptable that members of the mainstream APC who have chosen to remain in the party would not benefit from the government, while those who have decamped to other political parties would still hold on to the political appointments of a party they have deserted.

“Already, the national leadership of the APC has been directed to compile the list of the affected federal appointees loyal to Saraki in various boards and parastatals in the country while the National Chairman of APC, Adams Oshiomhole, has adopted the dissolution of the state working committee of APC in Kwara State,” he stated.

Lai noted that the new development was as a result of the wide consultations with all the stakeholders in the state since last Friday, which was concluded yesterday.

The minister revealed that plans were underway for the dissolution of the state working committee of APC led by Alhaji Isola Balogun Fulani, by the federal government, while a fresh congress would be conducted for the wards, local governments, and state levels.

He said the Congress would produce another leadership in karate state, and that the Bashir Bolarinwa’s leadership would hold sway in the state, pending the elections.

However, Lai’s threat was a sequel to the defection of six members of the House of Representatives and two senators from Kwara State that were loyal to Saraki, to the Peoples Democratic Party (PDP).