God is indescribable. He can assume any role in your life based on your understanding. He means different things to different people.

Most times, people’s description of God is based on what he has done for them. However, everyone knows Him as God because of His supremacy. 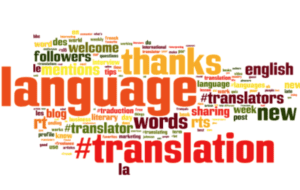 During ancient times, before religion swept through Nigeria, people worshipped different gods. Every ethnic group called their gods by different names; but they had a general name or one they believed was above the others, they gave him a name that means almighty or all powerful.

So, as the religion shifted to Christianity, people call God different names in their languages. If you study the names carefully, you will see a resemblance with their former beliefs. Let’s find out the interesting names of God in different Nigerian languages and their meanings.

Name of God in Yoruba

Olodumare – which means The Almighty or Olorun (God).

Name of God in Igbo

(Chineke) Chukwu which means the first force and existence of all beings.

Name of God in Hausa

Ubangidi which means the supreme being.

Name of God in Berom (Birom)

Dagwi which means a source of being.

Name of God in Edo

Osanobwa – a description for the one who carries and sustains the world.

Names of God in Efik/Ibibio

Osa-Nudazi denotes the impregnable and Abasi means the ruler of the universe from heaven.

No matter the name you choose to call Him, the important thing is that recognition and conviction that He is the Supreme God.