The National Assembly is proposing to strip President Buhari of his power on asset forfeiture and to empower the High Court judge who will now use his discretion to decide on whether to order the forfeiture.

Speaker of the House of Representatives, Mr. Yakubu Dogara, yesterday at the opening of a public hearing on the bill, which sought to amend the “Currency Conversion (Freezing Orders) Act, 2004” at the National Assembly in Abuja., defended their move. 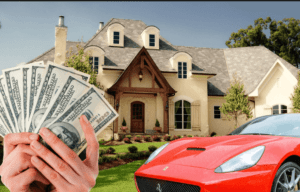 Stating that it would consolidate democracy which will, in turn, give all arms of government the chance to perform their duties without undue interference.

The hearing was conducted by the House Committee on Banking/Currency chaired by Mr. Chukwudi Jones-Onyereri.

“The discretionary powers being sought for the judge of the high court; it is essential in order to ensure that the course of justice is protected in the Nigerian socio-economic space.

“Currently, the powers for forfeiture are vested in the President, which invariably usurps the prerogative of the judiciary to adjudicate and give ruling among others.

“For democracy to be truly deepened, all the three arms of government need to be deepened to effectively perform their constitutional responsibilities.”

The bill was supported by Central Bank of Nigeria and several operators in the financial sector while stressing the need for its speedy passage.

Mr. Adedeji Lawal, CBN’s Deputy Director, represented the apex bank. He suggested that the bill should be further amended to allow the court to forward any forfeiture orders to the CBN governor in writing for implementation.

Meanwhile, the legislators noted that asking the judge to communicate the order in writing to the governor was not necessary as it could amount to meddling in court proceedings.