The Minister of Labour and Employment, Sen. Chris Ngige, has cleared the coast on the news that federal government has increased the stipends of National Youth Service Corps (NYSC), members.

The social media over the past few weeks have been agog following news that the federal government has reviewed upward the monthly stipends of NYSC members from N19, 500 to N49, 800

Ngige said the assertion was not true as the Federal Executive Council (FEC), has not received any recommendation to that effect. 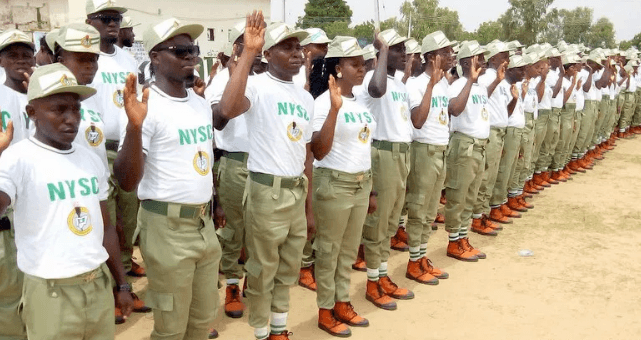 He said this while addressing newsmen in Obosi, Idemili Local Government Area of Anambra State.

Ngige noted that the increment could be possible when the new minimum wage has been decided upon, as the coppers stipend was always in the same sliding scale with the national minimum wage but with a top-up.

While he hinted that the new proposed minimum wage still has a long way to go as many bodies that needed to make their input were yet to do so.

The Minister said he wouldn’t want to give Nigerians false hope as to when the new minimum wage would take effect.

Stating: “What I said is that we’ve not concluded because no recommendation has come to the Federal Executive Council.

“As a matter of fact, some ministries, Youth and Sports, myself, Women Affairs and Budget and Planning have been asked to make our input, and the allowances of the NYSC persons like I explained is on sliding scale. The same sliding scale with the national minimum wage except that it is a top up, what is called top up on the national minimum wage to make for special transport allowance for members of the NYSC.

“This is the allowance the Federal government will give to them, areas or persons and bodies, agencies where they do their primary assignments can also give them what they call special allowances and that is irrespective of this monthly stipend from the federal government.

“Their employers, the primary assignment can and they have been doing so, they give them another top-up so that in some establishments you see them paying extra N10, 000 to the NYSC persons some are as generous as even giving N20, 000 about the same thing that they earn.

“For now there is no figure before us and as a matter of facts the last Federal Executive Council had mandated the Ministers of Youths to liaise with the Director General of the NYSC so that he can be brought on board for us to work as a team.”

“I’m deputy-chairing it so to say, I drive it, we have a timetable that we will finish everything about it this end of August, but it is not attainable anymore because even in the committee we have not all finished dotting of  the eyes and agreeing on a figure.

“So the Governors Forum has not come up with their figure they said they are still working on it that was the last submission they made to us. And the Federal Government team, we are working through the economic management team, the economic management team dictates the economy of the country and they will now take whatever the governors say and fine-tune with that of the Federal Government, so that is where we are.”

“The national minimum wage tripartite committee is still at work and is until that body brings out its figures, brings out its recommendation appertaining to national minimum wage, is only after that, that a bill can be sent to the National Assembly for them to process and send to Mr. President for it to become a National Minimum Wage Act. If it happens in 2018, it becomes Act 2018.”