He accused the clergymen of not preaching against corruption in their various churches which is one of the reasons the act has continued to ravage the system. 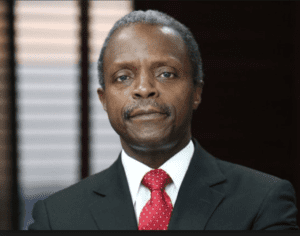 But in its reply, the Christian Association of Nigeria, (CAN) said even when, Osinbajo might have exclusive information for him to make the claim, that he was not speaking the truth as the church had been speaking against the manifestation of corruption for a while, to no avail.

CAN President, Rev. Samuel Ayokunle made its reaction to the attack known in a statement by his Special Assistant on Media and Communications, Pastor Adebayo Oladeji.

He said corruption goes beyond greed and diversion of public money into personal hands. And that whether the leaders, politicians and civil servants are listening is also another thing entirely.

The statement reads that: “Being a pastor, the acting president may know what we don’t know and he has a right to correct those whose teaching or preaching contradicts the scripture.

“What we know is that the church must speak against evil in the land, corruption inclusive. The church has been speaking against the perceived genocide in the country, insecurity of life and property, hypocrisy, nepotism, greediness, tribalism, favourism, treasury lootings, lopsided appointments, etc.

“These are all manifestation of corruption. Corruption goes beyond greed and diversion of public money into personal hands. Whether our leaders, politicians and civil servants are listening is another thing entirely.

“Those who have not been preaching against the evil in the country should heed the counsel of the acting president and the leadership of CAN in turn tasks those in the position of authority to be sensitive to the yearning of the church for peace, security, job opportunities, good roads, affordable medical care, and an end to every form of hardship in the land.”