An Anglican clergy reportedly slumped and died on the pulpit while officiating a wedding ceremony in Yenagoa, capital of Bayelsa. 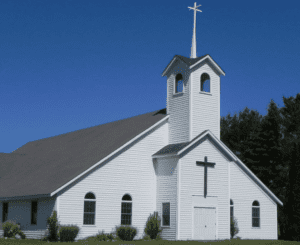 The incident happened over the weekend. The clergy was from Tombia community in Yenagoa Local Government Area of the state and was married with children.

One of his church members simply identified as Mary said he was only complaining of a headache prior to the ugly incident.

“Our reverend was not known to be sick but was complaining of a slight headache before the wedding ceremony. We are at a loss as to what must have happened to him. He was such a nice family man,” she stated.

The incident according to an eyewitness account brought the wedding proceedings to a halt for half an hour before normalcy was restored.