Barely 24hrs the Senate Minority Leader, Godswill Akpabio decamped to the ruling All Progressives Congress, over 1000 APC members have abandoned the party for him and joined Peoples Democratic Party in Oron federal constituency of Akwa Ibom State.

The PDP state chairman, Obong Paul Ekpo who received the defectors described the party as a religion of the people of the state and Nigerians by extension. 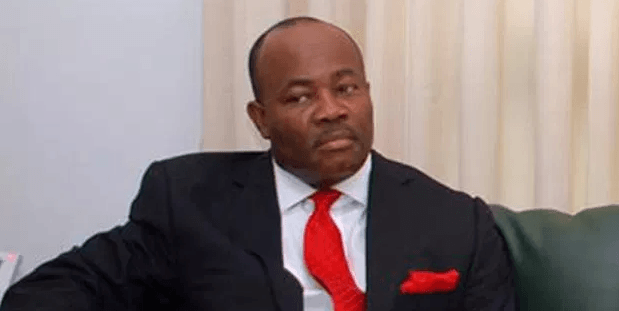 He reiterated that the PDP remained committed to the provision of good governance and urged the people to vote for Governor Udom Emmanuel again in 2019.

”Akwa Ibom state over the years matched promises with action, as demonstrated in the developmental strides of the Udom Emmanuel administration.

“I call on Oro nation to deliver one hundred percent vote to governor Udom and the PDP in the 2019 election,” he stated

Ekpo thanked the defectors for realizing their mistake and coming back to the PDP; noting that the party is the place where people can seek elective office without rancor.

The party chairman commended the party leaders and members in the federal constituency for their loyalty and assured the decampees of accommodation.

A former Minister for Housing, Akon Eyakenyi, who spoke at event thanked the party for accepting the decampees and assured that Oron nation would vote for PDP in 2019.

While Oron chapter chairman of PDP, Mr Murphy Esin, assured that the constituents would not disappoint the PDP in the next general elections.

Some of those who defected back to the PDP include a former member of the House of Assembly, Remigius Asukwo, Sunday Ating, Asuquo Awana and Victor Anwankak.

It would be recalled that Akpabio officially defected to the ruling party at the Ikot-Ekpene township stadium in Akwa Ibom on Wednesday, August 8.

Some of those present at the defection ceremony were the national chairman of the party, Adams Oshiomhole; Senate majority leader, Ahmed Lawan; national leader of the party, Asiwaju Bola Tinubu; and Nigeria’s minister of information and culture, Alhaji Lai Mohammed.