Is Aisha Buhari A Thief for Criticizing her Husband? Omokri Asks Oshiomhole

Reno Omokri, the former social media aide to Ex-President Goodluck Jonathan, has demanded answers from the All Progressives Congress, (APC) National Chairman, Adams Oshiomhole, as to whether Aisha Buhari is also a thief for criticizing her husband’s government. 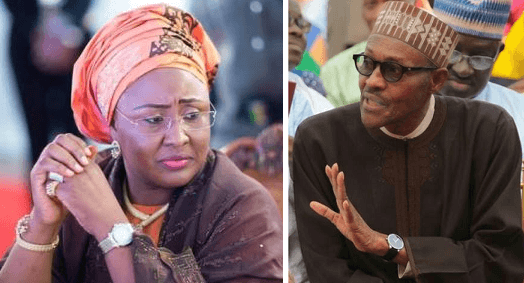 Omokri in his tweet was reacting to statements credited to Oshiomhole at the APC rally organized to welcome senator Godswill Akpabio, on Wednesday 8, in Ikot Ekpene, Akwa Ibom State, during which he described former President Olusegun Obasanjo as “an old master thief, grouping old thieves” against President Muhammadu Buhari.

Omokri on Friday, August 10, in his tweet, asked if other eminent Nigerians who had criticized Buhari in the past, such as Aisha and Cardinal John Onaiyekan, the Catholic Archbishop of Abuja Diocese, are thieves as well.

Oshiomhole was quoted to have alleged that: “It is only in Nigeria that old thieves will be regrouping; they are being organized by an old master thief who spent 16 billion… the more dollars he spent on light, the more darkness you suffered,” Oshiomhole had said.

“Buhari asked: $16billion, where is the power? You say ‘Buhari, why are you asking? How dare you ask? If you ask, we will ask Nigerians to reject you.’ How can a man who has never won his [polling] booth in Ogun State suddenly become a… And look at those who are paying pilgrimage to Ota, who are they? They are the thieves of yesterday, the thieves of today and those are to be thieves tomorrow.”

ALSO READ:   Follow These Steps to Get Your WAEC 2018 Verification PIN

In his reaction, Omokri wrote: “How can Oshiomhole say ‘@MBuhari’s critics are saboteurs and thieves’? What type of sycophancy is this? @aishambuhari criticized her husband. Is she a thief? Cardinal Onaiyekan criticized Buhari, is he a thief? Those who tell you your mouth stinks are true friends, not enemies!”.

“Does Oshiomhole reason? How can he call Obasanjo a thief who is grouping with other thieves? Has he forgotten that Buhari, Tinubu and APC leaders grouped with this same Obasanjo and begged him to be their ‘navigator’ in 2015? If your navigator is a thief, what does that make you?”, he queried.