The Peoples Democratic Party (PDP) has reportedly changed its name to Coalition of United Political Parties (CUPP) after the party signed a Memorandum of Understanding (MoU) with 36 other political parties.

The agreement was signed at the Musa Yar’Adua centre in Abuja on Monday, July 9, 2018

The sole agenda according to the MOU, is to produce a joint Presidential candidate capable of winning the election and enthrone a new government at the end Buhari’s first tenure in 2019. 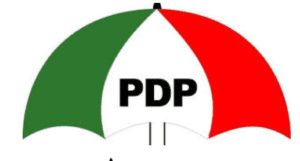 In his opening remarks, former Acting National Secretary of the PDP, Senator Ben Obi said the various parties chose to come together to salvage the nations and put to end nepotism and tribalism.

Stating: “We are here to begin a process that will lead to the formation of a government of national unity. We are here to put to an end the nepotism and corruption that the APC government has been known for in the past three years.

“They promised to tackle corruption, revamp the economy and address security challenges and restructure the nation but as soon as they were elected, they denied making such promises.

” We are here to put an end to dictatorial tendencies and this is a war between light and darkness and I can assure you that light would prevail,” said Senator Obi.

On his part, Buba Galadima, who led the R-APC, maintained that the MOU was already creating fear on the mainstream APC, adding that Buhari will lose 2019 election.

“With what I know, I can tell you that President Buhari will not only this election, he will lose his deposits. Let us not forget that the man we will be facing is a military general. We are ready, prepared to take on this fight despite their intimidations and threats.

“I know him but if I was his adviser, I will tell him not to contest,” Galadima said even as he reminded parties to the alliance that the APC has set aside huge sums of money to buy them over in the months leading to the general polls” he stated

While Representative of the ADC and former governor of Osun State, Prince Olagunsoye Oyinlola said “the coalition is “an assignment from God,” even as he urged the parties to be committed to the letters and spirit of the MOU.

“We are committed to the restructuring of this nation and we must respect the spirit and letters of this understanding.

” When Nigerians voted in 2015, they thought the APC vehicle will take them to the promised land. But three years after, the APC has failed and failed tragically too.”

Below are parties that signed the MOU: