Nigeria Anglican Communion in a communique has condemned the death sentence of five Christians, signed by President Mohammadu Buhari over the alleged killing of a Fulani herdsman in Adamawa State.

The communique was signed by Archbishop/Bishop of the Diocese, Most Rev Emmanuel Chukwuma, Synod Secretary, Ven. Stanley Nweze and Registrar, HBC Ogboko,

The Church called on Buhari to ensure that the five condemned Christians were not executed.

Justice  Abdul-Azeez Waziri, of Adamawa High Court, recently sentenced the Christians to death for attacking three herdsmen at Kadamun village in Demsa Local Government Area of the state, killing one, Adamu Buba, and injuring two others and several cattle. 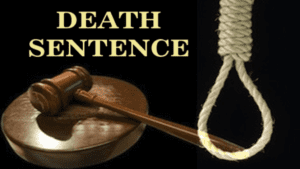 The Anglican Church condemnation was coming shortly after Pentecostal Fellowship of Nigeria, (PFN), faulted the sentencing, while CAN in a statement by its President, Rev Samson Ayokunle, pleaded for Buhari’s intervention which according to the body would prevent a hasty implementation of the death sentence and give room for the study of the judgment’s text with a view to preventing a miscarriage of justice and a future re-occurrence.

Adding: “Despite the outrage that has trailed the killings of Christians in Nigeria, it is disheartening that none of the killers has been brought to justice.

“We are shocked at the speed of light deployed by security and judicial officers in sentencing the alleged killers of the herdsman in Adamawa state.

“Why did the court discharge the alleged killers of Madam Bridget Agbahime on the orders of the Kano State Government? Why have security officials not arrested those behind the killings of Christians in Southern Kaduna, while those arrested for the murder of Mrs. Eunice Elisha Olawale in Kubwa, Abuja, have been set free by the Police? “In view of the above, we are asking President Muhammadu Buhari to intervene in the death sentence passed on these Christian youths in Adamawa. We have called on our legal team to secure and study the text of the judgment with a view to preventing a miscarriage of justice and a future re-occurrence.”

The Anglican Church on its part wondered how the judge speedily dispensed such ill justice despite not giving attention to cases before the court about the extrajudicial killings of Christians.

It also expressed worry over the recently signed Executive Order No.6 of 2018 by Buhari.

While warning the order should not be used against perceived enemies or opposition.

The body also raised some issues regarding other spheres of Buhari’s administration, stating: “There has not been prudence in the expenditure of public funds. There is need to enthrone measures towards plugging the leakages and ensuring abatement of financial misappropriation.”

“On the power sector, Nigerians have continued to grapple with epileptic power supply and attendant sufferings.

“We also condemn the rising spate of killings in the country such as in Plateau, Southern Kaduna, Benue and Taraba states as well as last week’s killing of seven policemen in Abuja.”

The Executive order No.6 empowers the Federal Government to seize suspicious assets connected with corruption and other relevant offences.