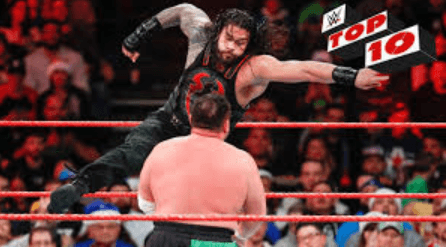 WWE Money In The Bank 2018: Wrestling is an interesting show enjoyed by many. Some say it’s the fight and smackdowns that makes it so appealing. Many bets for their favorite players and matches.

Money in the Bank is a wrestling match with ladders. It has been holding in WWE since 2005. Initially, the match took place at WrestleMania. But in 2010 the competition got its PPV show with the same name. The prize of the match is a case with the contract for a world title match, which can be cashed out by the case holder at any time during the year after it has been won. As we all know, there are male and female wrestlers. 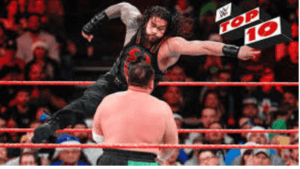 Each wrestler’s task is to get the case with a contract by conquering their opponents. The case is placed on top of the ladder. An athlete can get it only by climbing the ladder. It’s placed in the ring before a battle starts. The wrestler wins if he/she climbs the ladder first, removes the case from the hook and picks up the case. From 6 to 10 wrestlers can compete in the ring at the same time. Each of them wants to remove the case before the opponent.

In the case, there is a contract that gives an opportunity to fight for the title of WWE Champion or World Champion in the heavyweight (and the ECW champion title after the ECW revival) at any time. On Sunday in Chicago (the USA) WWE MITB 2018 took place.

Daniel Bryan broke Big Cass with a running knee and heel hook. In this match, Bryan showed more skills and endurance than his opponent.

Bobby Lashley won in the match against Sami Zayn. The fight was short.

Seth Rollins fought for the title of Intercontinental Champion with Elias and won. Despite the Rollins’ injury, he snatched the victory, though the rivals were almost at the same level.

Alexa Bliss won the Women’s Money in the Bank. The other participants were Sasha Banks, Ember Moon, Natalya, Charlotte Flair, Becky Lynch, Naomi, and Lana. The women’s match was very exciting and entertaining.

Roman Reigns defeated Jinder Mahal. In the fans opinion, this match was boring and predictable. And the audience loudly expressed their displeasure.

Carmella beat Asuka for the title of SmackDown Champion. Asuka was a very strong opponent, and the fight was not easy for Carmella. But her friend Ellsworth saved the situation by making a distraction maneuver with Asuka’s mask and gown.

A.J. Styles won the fight against Shinsuke Nakamura in the Last Man Standing match for the title of WWE Champion. It was one of the most exciting matches. The struggle was tough and even brutal. Opponents fought on equal footing to the final.

The match Nia Jax vs Ronda Rousey for the title of Raw Women’s Champion ended with disqualification.

Alexa Bliss defeated Nia Jax for the RAW Champion title using her case with Money in the Bank. Women’s fights for the title of RAW Champion were recognized as the most spectacular and got the highest rating.

Braun Strowman won ‘Money in the Bank’ for men. The other participants were Finn Balor, Kevin Owens, Bobby Roode, The Miz, Samoa Joe, Rusev and Kofi Kingston. Competing with wrestlers of Strowman’s level is difficult. He showed the real class and went around all his rivals. His struggle was at the high level, and he deservedly obtained a treasured case.