Which State is the most developed State in Nigeria? This topic often draws a lot of sentimental debates and comments.

Well, let’s try to answer it this time based on hard facts. How do you define Most Developed State In Nigeria? 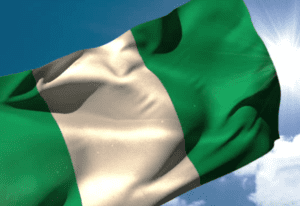 In terms of Internal Generated Revenue (IGR), industrialization, literacy, unemployment rates, infrastructure and so on, Lagos State tops the chart as the most developed State in Nigeria. This is not surprising at all but if you’re still in doubt, let’s look at these factors critically.

According to the National Bureau of Statistics, the state that has the highest IGR is, unsurprisingly, Lagos State. In 2017, it generated the whopping sum of ₦333,967,978,880.44 in internal revenue. Followed by, Rivers State, which generated ₦89,484,983,409.10 in revenue. As a matter of fact, Lagos State generated more than seven states lower in the ranking combined.

Apart from that, Lagos State has also demonstrated the 10.43% year on year growth in terms of internally generated revenue, which only shows that it is not stuck in one place. It’s developing steadily.

Lagos State is the home of technology and innovation and I can as well call it Most Developed State In Nigeria, and it is essential for the country’s industry. Many industries site their headquarters in Lagos. There are tons of industries both listed and unlisted in Lagos than in any other State.

Now, when it comes to literacy rates, Lagos shares the first spot with several other States such as Imo, Ekiti and Rivers, where 96% of people are literate (according to Databod). Now compare this to Katsina which has only 10% and Yobe, 7%. The literacy rate is directly proportional to development rate. When it comes to overall education, Lagos is in the top-3 most educated states in Nigeria.

But trying comparing the population of Lagos to that of Taraba. Once again, these numbers might not look like much, especially taking into account that the lowest unemployment rates are in Taraba State; Lagos has the largest labour force population in the country (7,118,101 people). That said, Lagos is in a much better situation than the rest of the country, especially Jigawa State (19.4% unemployed and 43% underemployed).

If you have ever been to Lagos, you would know that it has a very well-developed road network. Apart from that, most cities and villages in the State have access to amenities in their homes (electricity, running hot and cold water, etc.), as well as access to quality healthcare and recreation.

There are several other factors that also contribute to Lagos being the most developed state in Nigeria. For instance, urbanization. While a lot of other states, especially in the north, are rural, Lagos State is full of cities, big and small. This also has a big influence on the lifestyle of people who live in Lagos, as it is one of the most luxurious States in the country.