Top 10 richest musician in the world by Forbes

When it comes to enumerating people’s wealth and fortune, Forbes has the best parameters. Hence, the world recognizes Forbes and follows it every year to find out the world’s richest. Musicians make fortunes from shows and performances, many music stars are among the world’s richest. However, we’re focusing on the top 10 richest musicians in the world according to Forbes. 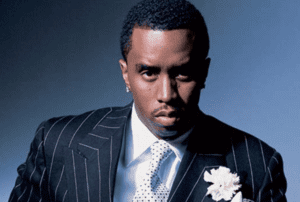 As you know, every year Forbes makes the rating of the highest paid musicians. At the end of 2016, the highest paid musician was Taylor Swift, who earned $170 million for the year. This year, she did not even make it to the top ten list. Also, British ‘One Direction’ that took the second place with the annual income of $110 million, did not enter the rating at all. In total, there are 24 positions in the rating of 2017, let’s find out the top 10 richest musicians in the world.

List of Richest Musician in The World by Forbes

Diddy topped the chart as world’s richest musician in 2017 with a revenue of $130 million. The main income Diddy got was from world tour ‘Bad Boy Family Reunion Tour’ and advertising contract with vodka Ciroc. Besides, the sales of his clothes collection ‘Sean John’ brought him money too.

His income for 2017 was $94 million. The major source of the Canadian rapper’s income is the royalties from streaming services and the ‘Boy Meets World Tour.’

The singer earned $92 million in 2017. And again the royalties from streaming services have done their job. Over the past two years, the Canadian singer’s tracks were streamed more than 5.5 billion times. Another major source of his income is earnings from his tour.

Coldplay earned $88 million at the end of 2017. At each concert in the A Head Full of Dreams tour, the British rock band earned $5 million. These were the most expensive show in the musicians’ career.

The American hard rock band from Los Angeles, whose history began in 1985, earned $84 million at the end of 2017. They went on tour in five continents and earned a sum that allowed the music veterans rank among the highest paid and richest musicians of the year.

Justin Bieber earned $83.5 million for the past year, 2017. The Canadian singer had 105 ‘live’ concerts and more than a billion streams. He also starred in the advertising campaign for Calvin Klein.

His income for 2017 was $75 million. In September 2017, the musician published his memoirs ‘Born to run.’ The edition brought the singer $10 million. Additional revenue was provided by selling the album ‘Chapter and Verse.’

The British singer earned $69 million in 2017. The year before, Adele ranked third among the highest-paid musicians in the world. Her income was $80.5 million. However, in 2017, she is occupying the 9th position.

The ‘dinosaurs’ of rock made $66.5 million in 2017. The major part of the money Metallica made was from the WorldWired tour, which ended in spring 2018.

Now, you the world’s top 10 richest musicians in 2017. The richest musician in the world in 2017 was taken by rapper Diddy (Sean Combs), also known as Puff Daddy, Diddy, and Puffy. Closely followed by Beyonce, and Canadian rapper Drake. At the end of the current year, 2018, there will be a new Forbes rating. The world can’t wait to find out who will wear the crown as the richest this year.