Football has always been about the skills and fitness. Fans from different countries of the world look out for these skills, which distinguishes a player from the others. But apart from the skills, the looks can also be a distinguishing factor. Many have clinched to a player as fans, not because of the skills rather the charming personality of the footballer, most especially the female folk. 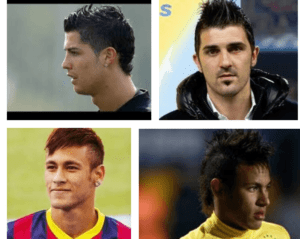 You may have known the most skillful, but what about the finest? Let’s shift from the talks of their skills, pay, clubs, signings etc, to the top ten finest footballers.

Let’s see if some of the skillful players made it to the finest table.

It’s not surprising that the World’s Best made it to the top as the finest. He is undeniably handsome. This footballer from Portugal is one of the most followed soccer players in the world.

Many of his fans know him as the ‘flying Dutchman’. Robin Van Persie is a very handsome player and ranks second in this list. The popular striker comes from the Netherlands and his popularity along with his fine appearance makes him a face of famous brands.

ALSO READ:   Cost of giving birth in US public hospitals by foreigners

David Villa from Spain is one of the world’s finest. This Spanish striker is great in the field, and his elegant style makes him recognized and loved in the world of football.

Fernando Torres is another elegant Spanish footballer. He is really attractive, many are intrigued by his looks. His fans call him El Nino. Being tall, strong and good-looking, Fernando is a great striker who is interesting to observe during matches.

This handsome German footballer is well known by football fans from different parts of the world. Beautiful eyes, great shape, and amazing field skills qualified Mario to be on this list.

The handsome Brazilian footballer, Ricardo Kaka, is an idol to many. This midfielder is attractive, strong, and successful.

Iker Casillas is another fine Spanish soccer player who is loved by millions of fans and is believed to be one of the most handsome men in the world of football. This goalkeeper has his unique style and follows the trends and fashion.

This icon in football is not just good at what he does but also very attractive to behold. Lionel Messi is very popular, handsome and successful. This talented footballer has millions of followers from all over the world. Women and even men are in love with his appearance and look.

This famous Spanish man is also one of the most handsome footballers on the globe. Representing Spain, he plays for his national team and Barcelona club.

Everyone has a unique taste; that is why it is so hard to say who is the most handsome footballer in the world. The ones on this list definitely tops the chart.