African countries are not too far from each other in terms of development and economic growth. Economic growth is influenced by many factors and fluctuates from year to year. So, you may not find the same country occupying the top chart every year. For 2018, these are the top 5 countries with the largest economy out of 54 countries in Africa. 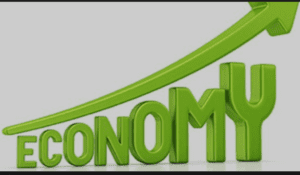 Nigeria tops the chart currently as the largest economy in Africa with a GDP of $376.284 billion. Experts expect 2.6% increase in Nigeria’s GDP this year. This GDP is generated majorly from agriculture and crude oil. Nigeria is the 8th largest exporter and 12th largest producer of petroleum products in the world. 40% of the GDP and 80% of Government earnings comes from the petroleum sector.

Other sectors that contribute to the economy includes telecommunication, banking, mining, and manufacturing sectors. Nigeria, with the highest population in Africa, has a mixed economy emerging market; this has helped the country to reach a middle-income status.

With the best economic potential among all the African continent, South Africa ranks second in 2018. The country has an estimated GDP of $349.299 billion. Their population is over 50 million and 25% of them are unemployed. The rate of economic growth is around 3.2%. The country has a mixed economy. South Africa is a popular tourist destination, so tourism is among the contributing factors to their economy. The main trading partners are Germany, the United States, China, Japan, the United Kingdom and Spain. 10% of the population work in the agriculture industry, this is relatively low compared to other African countries.

Egypt ranks third among the largest economies of Africa in 2018. Egypt’s GDP is about $237.037 billion. The primary sources of income are agriculture, media, petroleum imports, natural gas, and tourism. The level of unemployment is 9.7%. Experts expect economic growth at the rate of 1.5% this year. The country has a developed energy market based on coal, oil, natural gas, and hydropower. Egypt is the largest non-OPEC producer of oil. The liberal economic policy led to the development of such sectors as tourism and a booming stock market. IT sector shows a fast rate of development with many start-ups and outsourcing projects. To increase the contribution of the energy sector, the government is planning to build a nuclear power plant.

Algeria has an estimated GDP of $124.209 billion. The primary source of income is the industrial sector. In this year 2018, the country expects 2.5% GDP growth. The country was classified by World Bank as an upper middle-income country. 14% of the populations are employed in the agricultural sector. The country has a well-developed program of alternative energy production, especially solar and wind power. Algeria has the largest solar energy potential. They are also working to improve their tourism sector.

The GDP level is estimated at $109.824 billion, with a market-oriented economy. The main sectors of the economy are agriculture, tourism, and industrial sectors. The country expects a 3.1% increase in 2018. About 14% of the GDP comes from the agricultural sector, 40-45% of working population work in this sector. The country has a liberal economy. According to the Economist Intelligence Unit’s quality-of-life index, Morocco has one of the best economic potentials among African countries. Tourism is the most important sector of the economy. Morocco is among the top 20 tourist destinations in the world.