Chairman of the Independent National Electoral Commission (INEC), Prof. Mahmood Yakubu, yesterday revealed that ballot papers in the 2019 election will be printed in Nigeria, no longer outside the country.

Yakubu assured that the first priority of INEC has been to patronize indigenous printers.

“As a matter of course, for sometimes now the commission does not engage foreign printers directly. We engage Nigerian printers who may have a partnership with printers outside the country. 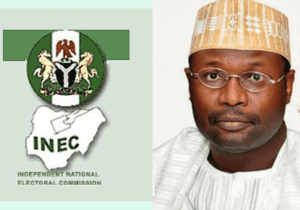 “So, our priority is to patronize Nigeria printers and Nigerian service providers; that policy remains unchanged.

He also lamented over seven million Permanent Voter Cards (PVCs) that have not been collected from the 2015 general elections, adding that the Commission is emphasizing on collection than distribution.

“We have been trying our best but, so far, only a little over 500,000 cards have been collected nationwide. We will continue to do whatever we can to ensure that the cards are collected; ahead of the next general elections.”

“We are emphasizing on the collection because we want the true owners of the cards to collect them rather than by proxy with the possibility that the cards may end up in wrong hands.