Igbo Culture: Tribes have over the years distinguished itself from others either through languages, dressing or marks. These cultural items are made to be distinct, for identification and beautification. And one item that stood out amongst others to achieve the aforementioned purposes is the tribal mark.

The Tabloid recently reported what you need to know about Igbo traditional attire. This article is focused on Igbo tribal mark. Tribal marks are special marks inscribed on the face by cutting or inked. These marks come with an exciting look, mysterious or sometimes scary. Although these intentional scarifications on the face may not be appealing to some, nevertheless, the most important thing is what it represents. Hence, it is a rite of passage and a sign of beauty to others. Tribal marks are also used as an indicator of which tribe a person belongs to. 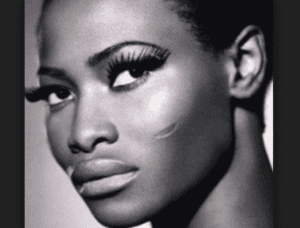 The Igbo tribal marks are our main focus and we shall look at what each mark stands for. Igbos are from the Eastern part of Nigeria with the following as states viz. Anambra, Enugu, Imo, Abia and Ebonyi. Igbo is one of the largest tribes in Africa with so many distinct things about them; one of which is their tribal marks.

Apart from the Igbo tribe having special markings that identify them, families have marks peculiar to them and they try to pass it on to their generation. At the point of birth, these marks are inscribed on their children for identification alongside beauty.

So, not only the children are identified as Igbos by their marks but they are marked as members of a so-and-so family through the special family mark. These marks apart from the purpose of identification are also spiritual.

Like the Ogbanje mark that wards off the spirit of Ogbanje from taking a child back into their fold. Once the mark is cut on the face of the person, it protects the child from possible attacks by the spirit.

These marks are also used to distinguish the royal born, free born and the slaves or outcast (osu). In the olden days, there were clear cut means of identifying strata of the community event without being told. An outcast wears a scarification that separated him or her from the free born alongside the slaves.

Special occasions also aids the adorning of these special marks, especially the ink inclined ones known as Uli. During festival time, young girls and their mothers in the days of old wore special ink decorations on their body especially legs, arm, abdomen and face, to curry attention and attraction. Let us take a look at different marks and what they stand for in Igbo land.

Popular tribal marks used by Igbo people and their meanings:

Agbaja – these marks (moon-like circles and semicircles) are preferred by members in Nkanu and Awgwu territories.

Ndri – this decoration (sun-like carved lines that go from forehead to male chin and across cheeks) is usually used by people from Awka-Nri territories.

The entrance of colonization birthed a decline in the use of these special marks, as they were tagged, superstitious and unhealthy. Which is partly true because the instruments used in cutting these marks were not sterilized. However, it’s still interesting to learn about the cultural markings that defined the Igbo tribe.