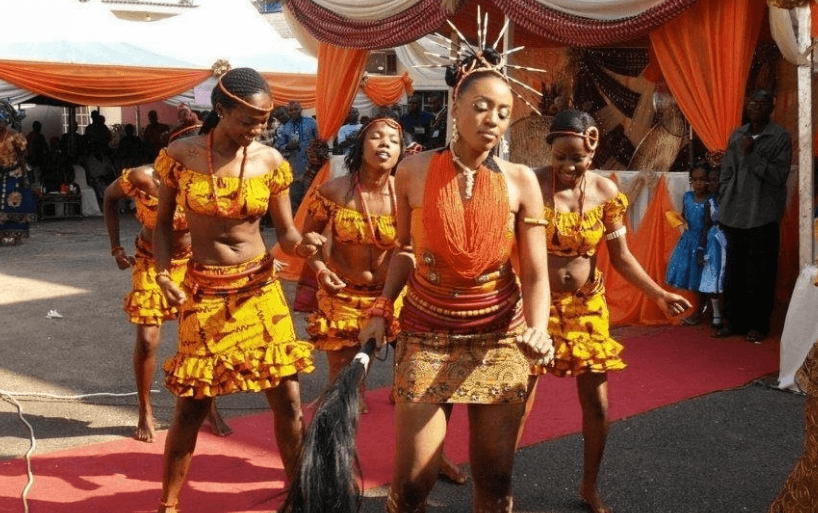 Traditional Igbo Attire: The Western culture has infiltrated into the society, changing the way we speak and dress. Every culture has a distinct way of dressing. This is their heritage and says a lot about their origin. Igbo dressing has struggled to maintain its balance amongst many conflicting cultures. There has been a lot of changes from ancient trends to the modern day trend yet Igbo attire stands out and can easily be identified. 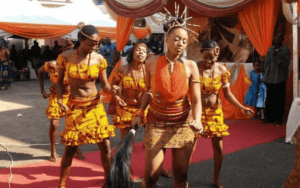 There is meaning behind every single piece of clothing that makes up the Igbo attire and style. The combination is not random but conveys deep roots.  One of the most disputable fragments of Igbo clothing is the traditional red cap. The red color, in this case, symbolizes the pain and suffering Igbo people went through for their community to progress. If you look at the history, you’ll also learn that only the most outstanding members of the tribe, mainly chiefs, were considered honorable enough to wear the red cap. In present days, however, red chief caps are often worn by anyone who likes the style.

ALSO READ:   Learn How to Count in Igbo and Hausa Languages

Igbo attire for women has remarkably advanced from the ancient times when women used to carry babies on their backs with a strip of cloth which was divided into two with a knot at her chest. Those days, Igbo women did not cover their upper chest area. The baby-carrying technique is still being practiced nowadays by many ethnic groups across Africa along with the Igbo people who still carry their babies this way.

Young maidens could easily be pointed out with their short waist-wrapper and colorful beads around their waists and necks. In modern Igbo society, Igbo women now wear a puffed sleeve blouse along with two wrappers and a headscarf. Accessories like necklaces are also worn as a beautiful accessory to the outfit.

The Coral Colored Beads or Precious Coral Beads are unique accessories that go with Igbo attire for both men and women. This type of accessory has come through the history of Igbo and it’s still widely used by the people.

In Igbo culture, coral beads are the symbol of royalty or a chieftaincy title. There were even special designs of coral beads that only chiefs wore. The beads made of coral are not just a decoration, this element has a crucial meaning and is believed to have special powers (ase) to protect from any curse. It is divine. That is why these beads were worn by chiefs and why brides and grooms choose this type of decoration for their wedding attire.