Have you heard about Cuba before? Do you know where Cuba is located? If you will like to know more about Cuba, this article contains some interesting facts. You will learn about the exact location of Cuba, it’s population density and every other thing there is to know about the country.

Cuba is an intriguing island located between the North and South America continents. Cuba encompasses the Caribbean Sea, as well as the surrounding coasts and islands. Cuba is not a continent rather it is one of the six island States of the Greater Antilles. 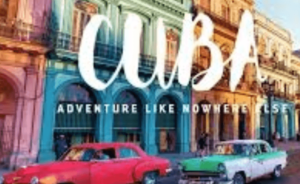 Cuba is the biggest of them all. It’s coordinates on the map is 21.5218° N, 77.7812° W. It is located where the Gulf of Mexico and the Caribbean Sea meet the Atlantic Ocean. The island of Cuba is often called El Cocodrilo or El Caiman, which means ‘alligator’ in Spanish. This is because Cuba resembles an alligator from space.

As for the exact continent that Cuba belongs to, one can say North America. Their time zone lies in the UTC—05:00, which is known in the region as Cuba Standard Time (CST). During daylight saving, it turns into UTC—04:00, which is the Cuba Daylight Time (CDT).

The capital of Cuba and its largest city is Havana. It is also the largest city by population and area in the whole Caribbean region, with 2,106,146 people and 728.26 square kilometres respectively.

Cuba gained its independence from the United States on May 20, 1902. However, it is not considered to be the National Independence Day.

Instead, the country commemorates the independence war against the Spanish colonists that started on October 10, 1868, so the official holiday is on October 10. Cuba’s literacy rate is among the highest in the world, standing at 99.8%. It is fascinating to note that there are over 70,000 qualified doctors in Cuba. The country has the highest ratio of doctors to patients in the world.

It will also interest you to know that Cuba is the home of a rare fish that could be found in prehistoric times, called Mangar. This fish cannot be found anywhere else on earth.

If you ever visit the Island, you will notice that all the (legal) cars that can be found on the island have been manufactured and purchased before 1959. That is because people are only allowed to buy and sell cars that have been on the island before the 1959 Castro revolution.

ALSO READ:   What You Need to Know About Botcho Cream

With all these interesting facts about this country, you can now understand why tourists are intrigued by the name, Cuba. You can also plan your next vacation to Cuba and see for yourself.