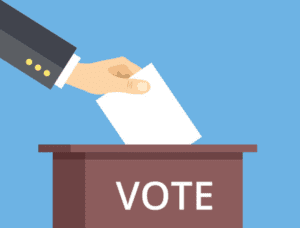 Fayemi’s lawyer, Tajudeen Akingbolu raised the alarm recently, stating that granting PDP access to election documents was contrary to due practice as such could give way for falsification.

He accused INEC of granting PDP access to electoral materials without first notifying the other parties, stating they were denied access to the Certified True Copies (CTCs) of the electoral documents even after formally writing to INEC.

“Immediately after the election was conducted, July 16 to be precise, we wrote an application to the REC to the effect that we need CTCs of Forms EC8A, EC8B, EC8C, EC8D, EC8E and other documents used for the conduct of the election but up till now, we have not been granted access to those documents,” he stated

He wondered why the electoral body would grant PDP access to the materials without first notifying the other parties.

He said the normal practice was for other parties to be notified when access is being granted to one party so as to prevent falsification.

Akingbolu said on getting the information, he went to INEC office to see the Resident Electoral Commissioner (REC), Prof. AbdulGaniyu Raji, on the development but was told he was not on the seat.

Meanwhile, the Peoples Democratic Party’s candidate in the just concluded Ekiti governorship election and the present deputy governor of Ekiti,  Prof. Kolapo Olusola has accused INEC of frustrating his efforts to duly file a petition at the election petitions tribunal.

In a statement, he said that his applications to INEC for the certified true copies of election documents and a motion ex parte made to the tribunal were denied despite having fulfilled necessary steps.

Olusola, reiterated that the delay from INEC and the tribunal were plans to allow time to run against him in instituting the legal action within 21 days.

“We applied for certified true copies of election documents to assist in the preparation and presentation of my petition.

“The application was filed on July 16 to the Ekiti State Resident Electoral Commissioner, Prof Abdulganiyu Raji, and upon approval of the application, we made payment on July 20. Till now, no document has been made available to us by INEC.

“We equally made an application for certified true copies of the document to the INEC Chairman, Abuja, Prof. Mahmoud Yakubu, on July 17, and upon approval, payment was made on July 18.

“I, therefore, make a passionate appeal to INEC not to frustrate me further as the damage it has done to me is enough.

“The action of INEC is showing that they are out to frustrate me so that time will completely run out against me in line with the expectation of their taskmaster,” he stated.