2019 Elections: Secretary to Ebonyi State Government, Chief Hygenius Nwokwu has said the state will resist any attempt by the opposition to rig 2019 general elections. 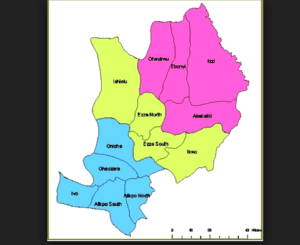 Nwokwu said this in his office during a courtesy call paid on him by former councilors in the state.

He maintained that any attempt to right the elections would be totally rejected by the electorate as they would do everything possible to protect their votes.

Nwokwu said that  Governor Umahi’s achievements of have made him the best choice for 2019 governorship election in the state and called for continued support of the government.

Earlier, Chairman of the former Councilors forum, Edwin Onwe noted that the members have resolved to support Umahi’s reelection.