Phyno is a name that everybody knows in the Nigerian Music Industry. As a matter of fact, Phyno is a brand. He is not only successful but has helped a lot of artists to achieve that feat. 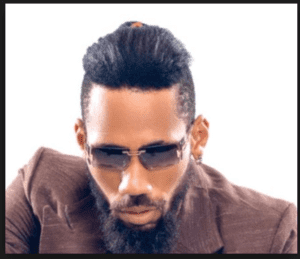 Chibuzor Nelson Azubuike with the stage name, Phyno, is a Nigerian rapper, record producer, and songwriter. He approaches music with a unique style that has endeared many fans to him. He started his music career in 2003 with Sputnet Records before creating his own record label known as Penthouse Music.

Penthouse Music kicked off formally in 2008 and has birthed many music celebrities as well.

Who are the artists of Phyno Record Label?

Penthauze record label started active work in 2008. The first artistes of the label were Runtown, Shugaboi, and Flipside. Storm Rex joined the label in 2014. Let’s find out more about these artists.

Douglas Jack Agu also known as Runtown was born on 19 August 1989. He is known not only as a singer but a producer and songwriter. His musical styles are R&B, hip-hop and reggae. He moved to Lagos from Enugu State in 2007 and started his collaboration with Phyno.

Runtown became a partner with Phyno during Penthauze Record label creation. He released his first two singles, “Party Like It’s 1980” and “Activity Pikin” at the label. After several months he signed a contract with Eric-Manny Entertainment and left Phyno’s label.

ALSO READ:   Top 10 Richest Musicians in The World by Forbes | Get Their Net Worth

In 2016 he quit Eric-Manny Entertainment label. The artist has one studio album titled “Ghetto University” released in 2015.

His real name is Umoren AKanimoh Felix. He is known as reggae-dancehall, Afrobeat singer. He joined the label in 2011 with Flipside.

Real name is Yvonne Akuabata Ogbuagu. She is not only a musician but also a stage performer and model. Her music career started in 2007 in a female music band “Desperate Chicks.” Their first album “Tell Them” was quite successful.

In 2010, Storm Rex started her solo career and released her album “The New Storm” but the album was not so successful. She decided to sign a contract with Afro Gold Entertainment to work on the second album. In 2014, the second album “Freedom” brought her fame and thousands of fans. In the same year, she signed a contract with Phyno’s label. Now she continues her successful music career.

Phyno has also worked as a producer with artists such as, Timaya, Flavour, Ruggedman, Bracket, J. Martins and Mr. Raw.