Halima Abubakar is a very popular Nollywood actress, model, TV presenter, entrepreneur, and philanthropist. She is sweet and talented with a large fan base home and abroad. She has featured in a lot of movies and won so many awards.

She is really doing good for herself but very interesting story has a beginning. So, let’s start at the beginning. Who is Halima Abubakar and how did she get to where she is today? 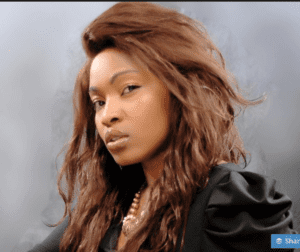 Halima was born on June 12, 1985, in Kano state, in Northern Nigeria. Halima is the third child in the family. She has an older brother and a sister, also 5 wonderful nephews. She attended a prestigious primary school, then went to high school. After completing her primary and secondary school education, she entered the University of Bairo in Kano and received a Bachelor’s degree in sociology.

Halima Abubakar began her acting career in Nollywood in 2001. After several auditions, she received a minor role in the film “Rejected” and gained fame, playing her first major role in the film “Gangster Paradise”. After this movie, she was in the center of the universal attention. Since then, Halima has received many awards, including:

Halima Abubakar has also been nominated for Nollywood Movie Awards as the best rising star.

Actress Halima Abubakar has starred in more than 150 Nollywood movies, among the most prominent are the following:

Halima is still single; for those of that have been wondering. However, she is not in a hurry or under any kind of pressure to settle down. Of course, every girl hopes to find the right man one day and her fans wish the same for her.

Halima Abubakar is a very attractive, creative, talented and purposeful woman who knows how to inspire and remains inspired. She once said that to break through to the stars, you have to go through the thorns. It was her persistence, stubbornness and love for her profession that helped her to reach such heights. Today, Halima Abubakar is not only a popular actress but also the CEO of Modehouse Entertainment, music label and entertainment management company and the State Youth Ambassador of Kogi.