If you’re a fan of Yoruba movies, you will know Kemi Afolabi. Surely, you can’t mistake her face for another. She’s beautiful, talented and passionate. How she got into acting is something that will interest you if you can take time to go through this short biography.

Kemi Afolabi was born on April 28, 1978 in Lagos. She attended Tunwase Nursery & Primary School. Her secondary school education was in Our Lady of Apostles School and A-Z International School in Lagos. Kemi went on to further her education in the University of Lagos, where she received her LLB Honours degree in Law. 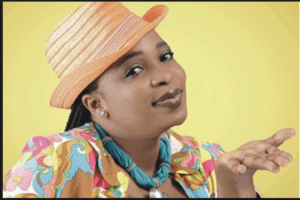 However, before graduation, in the final year, fellow students from the Department of Creative Arts invited her to participate in their movie theatre production. She performed so well and she loved it. That was how she discovered her talent for acting and decided to turn it into a career later on.

The first movie she starred in was the Yoruba movie, Alagba. However, not very long after that, Afolabi decided to take a break from acting, leaving the industry for nearly five years (2008-2013). While she was away, Kemi was busy writing scripts, so when she returned, she was ready to produce some movies.

ALSO READ:   The Love Story Of Davido And Chioma Assurance

Kemi has her own production company known as Kaas and Dee Entertainment, the goal of which is to create quality content that can entertain and educate. You can see a reflection of that in her newest movie, Mo’dorisa. This movie showcased the strength women possess that they might not even know about.

Kemi Afolabi kept her personal life to herself for so long, her fans were running out of patience. Rumours were flying around and everybody wanted to hear from the horse’s mouth. She finally opened up. It turned out that she has long been married to her beau from the UK, Wale Adesipe.

He is an engineer and a building contractor. Adesipe is a graduate of Luton’s University, Bedforshire. The couple met some years back in Ibadan at an engagement ceremony of one of Kemi’s friends. They didn’t waste any time, they got engaged in a short while. That was the period Kemi took a short break in her career to plan for her engagement ceremony. Kemi and Wale had a small and quiet engagement ceremony in Okota, Lagos, where Kemi’s father lived.

Not long after, she found out that she was pregnant, so Adesipe took her to the UK to have the child. That was about eight years ago. They gave birth to a baby girl and named her, Darasimi. After that, they did their white wedding quietly too. It was a very small family affair, so there were no pictures from that special event.

The actress does not hide her family anymore, she displays their pictures on social media for the whole world to see. She also took it up a notch by adding her husband’s last name to her Instagram handle (@kemiafolabiadesipe). One can see that she’s devoted to her family and has formed a strong bond with them without letting her career come in the way.

Besides acting, Kemi spends her time cooking, for her family though and watching her own movies. She said the first allows her to spend quality time with her family while the later gives her the opportunity to analyze her acting and point out her mistakes. That way, she will not repeat them again. Little wonder she keeps getting better. Kemi is also a fashionista, Gucci lover. You can spot her wearing designer clothes and accessories.

From this short story, one can see Kemi Afolabi as a talented actress, devoted wife, and a wonderful mother. These unique qualities have made her fans to love her even more.