NPower Nigeria: The federal government has commenced verification of those who applied for the youth empowerment scheme and are not graduates but were pre-selected.

The exercise which was announced by the scheme administrators on Sunday, June 25, 2018, will be a four days event. 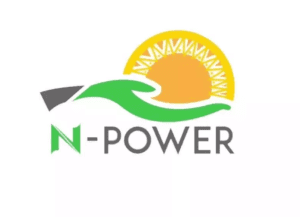 In its tweet, It also listed those who fall under the non-graduate component and when they expected to commence their own verification.

The tweet reads: “Please note that pre-selected applicants for the non-graduate component of N-Power will commence their physical verification from tomorrow, Monday, June 25th, and end on Friday, June 29, 2018.

Recall that the NPower federal government youth empowerment scheme has been designed to provide a platform where Nigerians who are unemployed can access skill acquisition and development.

The program is also designed for Nigerian citizens between the ages of 18 and 35. The applicants will need to meet the minimum requirement (if any) in the various skill they applied for.

Meanwhile, there were rumors making the rounds recently that federal government had concluded plans to absorb the 2016 N-Power beneficiaries into the civil service.

But NPower federal government took to its tweeter handle to refute the claim.

It tweeted NPower that there are no plans to absorb its 2016 beneficiaries into the civil service, advising the beneficiaries to disregard such information about there absorption. This program has come to stay.

The tweet reads: “Hi there, it has come to our attention that some people are sharing the FAKE news that the President has asked that the 2016 beneficiaries be retained in the Civil service.   Please disregard the news. It is NOT true.#NPowerNG.”