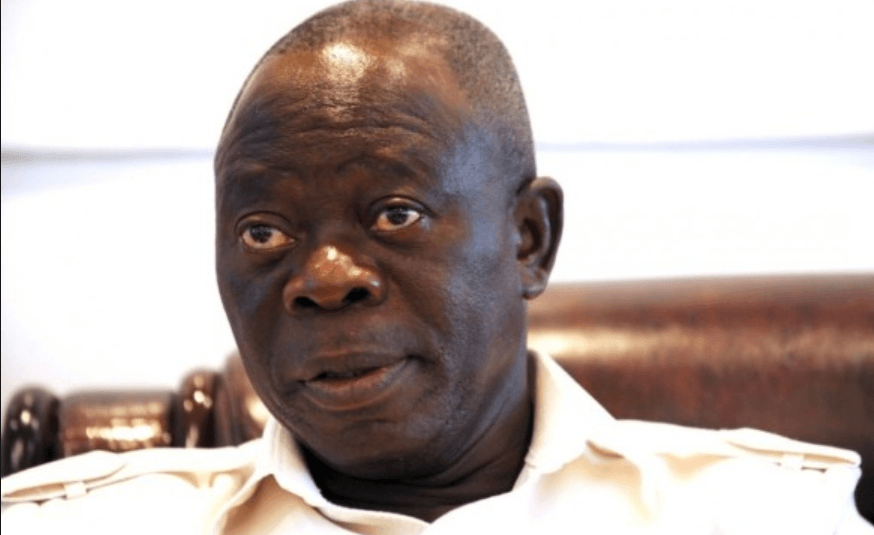 The party’s National Convention in Abuja on Saturday, June 23, 2018, affirmed him as the National Chairman unopposed.

Apart from Oshiohmole, the 2018 APC convention also affirmed the election of 19 other officers.

Oshiohmole is taking over from Odigie-Oyegun who was On 13 June 2014, elected as national chairman of the APC. 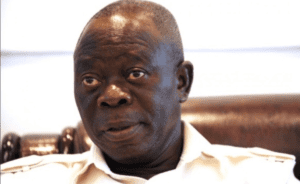 Oyegun was the first national chairman of All Progressives Congress (APC) in Nigeria.

He was also the Executive Governor of Edo State between 1992 and 1993, during the aborted Nigerian Third Republic.

Commenting on the convention, the present Governor of Edo state, Godwin Obaseki congratulated Oshiohmole on his emergence.

He also applauded Oyegun for purposeful leadership, as well as other officials elected during the convention.

Speaking after Oshiomhole was announced the elected National chairman of the APC at the party’s National Convention in the Federal Capital Territory, Abuja, the governor said “the former governor’s emergence is an acknowledgment of his people-centered leadership and his commitment to the advancement of the nation.”

“We are very proud of Comrade Oshiomhole’s emergence as the National Chairman of our great party, the APC. He is adequately equipped to foster unity and provide a new direction for the party, as we move closer to the general elections in 2019.”

Speaking on why other candidates stepped down for him in the APC convention, Oshiohmole noted “Few days before today, all the other candidates, one after the other decided individually, on their own to withdraw unconditionally. So to God be the glory.’’

“When people trust you, then half of the job is done. When you are free to initiate ideas, you are able to mediate with your internal differences so that the people know that you are their own and that you are not working against them, there will be no suspicion about who you have to use or the person you settle for.

“Number two is that we have to promise the world a people democracy. We give members the voice by ensuring that party members and everybody discuss issues and at the national level, we need to challenge the political elites and the business elites to discuss issues of the economy.”