Post-UTME: Minister of Education, Adamu Adamu has warned tertiary institutions in the country that wish to conduct the post-UTME screening not to charge more than N2,000

Adamu during the ongoing Joint Admission and Matriculation Board Policy Meeting on Admissions into Tertiary Institutions in Gbongan, Osun State, threatened that any institution that collects more than N2,000 would be sanctioned.

Stating “At the 2017 policy meeting, I endorsed that any institution which was interested in conducting any form of post-UTME screening could do so, but that the gross charge for the screening should not be more than N2,000. 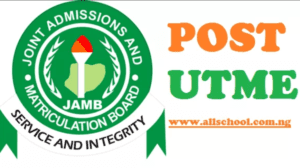 “Once again, let me caution heads of tertiary institutions that it would not be tolerated for any institution to charge any fee beyond the approved two thousand Naira (N2,000).

“Firmer sanctions than those of the last session shall be applied to cases of violation.”

Speaking on the policy meeting, he noted that it would continue to be the forum where the agenda, guidelines, modalities, and timelines would be set for the purpose of admissions to universities, polytechnics, monotechnics, and colleges of education in Nigeria.

He also warned that no admission to any tertiary institutions should be announced prior to the policy meeting.

Adamu added, “Therefore, no admission to any tertiary institutions should be announced before the policy meeting.

“It is appreciated that the meeting is being held early enough for the commencement of the new session.

“The Joint Admissions and Matriculation Board should ensure that the policy meeting is now held not later than June every year,” said.

On his part, JAMB Registrar, Prof. Ishaq Oloyede, maintained that individual scores at the just concluded examination were not the cut-off marks to gain admission into universities.

Noting that the marks were just minimum scores and that there were other assessments for consideration before a candidate could be given admission into tertiary institutions.

Oloyede further revealed that the number of candidates that were involved in examination malpractices in UTME had drastically reduced.

Stating that JAMB could only conduct matriculation examinations and give admissions into tertiary institutions by virtue of section 5 (1) (2) of the JAMB Act.

In the judgment, delivered in the suit filed by the Legal Defence and Assistance Project (LEDAP) against JAMB, the Minister of Education and the National Universities Commission (NUC), Justice John Tsoho, held that the defendants have no power to allow or direct tertiary institutions to conduct further screening of candidates after they had taken the UTME

The court further issued a perpetual injunction restraining all tertiary institutions in the country from conducting the Post-UTME or any other form of admission screening tests.

On its part, JAMB maintained that LEDAP had no locus standi to bring the action, but the court said their argument was rejected and held that a registered non-governmental organization (NGO) or an activist lawyer is allowed by law to pursue in court, the right of the largely ignorant members of the society.

LEDAP had submitted that Section 5 (1) (2) of the JAMB Act provides that the body should conduct matriculation examinations for admissions into all tertiary institutions after the UTME.

According to subsection (2) (3); “JAMB shall be responsible for determining matriculation requirements and conducting examinations leading to undergraduate admissions and also for admission to National Diploma and the Nigerian Certificate in Education courses.”

While the plaintiff submitted that since 2005, tertiary institutions nationwide have been illegally conducting tests and screening candidates seeking admission in violation of section 5 (10) (2) of the JAMB Act.

The court further agreed with the plaintiff and also held that the defendants have the responsibility to ensure compliance with the JAMB Act and that the imposition of the Post-UTME on candidates seeking admission was illegal and unlawful.