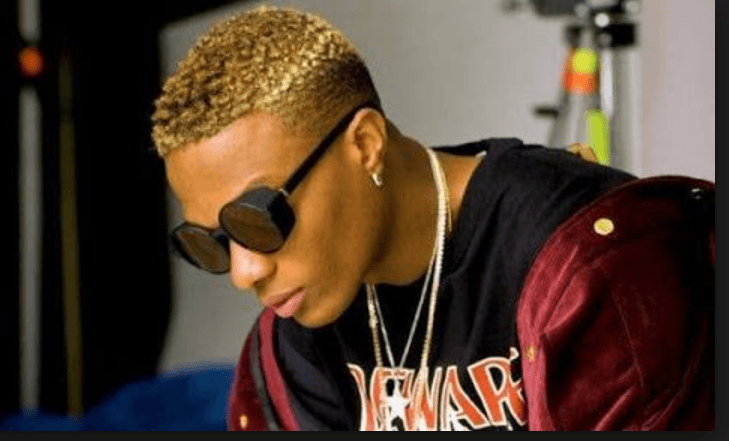 Nigerian musicians have transformed a lot from what they used to be known for in the past. They are now recognized and celebrated internationally. The music industry today cannot be described without mentioning Wizkid – the young afrobeat, reggae, and hip-hop singer.

Wizkid has made a lot of waves in the music industry both locally and internationally. He attracts the largest number of audience to his concerts. He’s very creative with his songs and music videos. 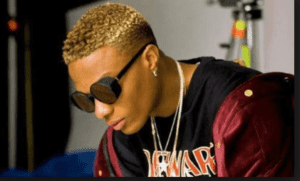 Of course, Wizkid really worked hard to get to where he is today. He did not achieve all of his fame, money, and success in one night. Many young people want to be like him but how many are willing to go the extra mile?

Wizkid’s full name is Ayodeji Ibrahim Balogun. He was born on July 16th, 1990 in Surulere, Lagos State. His mother was a Pentecostal Christian, while his father was a Muslim. According to Wizkid, his father had three wives, and he had twelve siblings, who were all girls.

The boy started singing when he was only eleven – he started from their local church choir. Even though Ayodeji was so young, he easily dealt with pressure and could handle the role of the lead singer in his choir. He enjoyed making and recording music. He was in a music group called “Glorious Five” with his childhood friends, singing and producing gospel music. During that time, Ayodeji went by the name Lil Prinz, which he gave up in 2006. The “Glorious Five” only managed to release one album, before they disbanded.

Wizkid was lucky to meet a few famous producers, who shaped his experience in music. He started paying more attention to hip-hop and afrobeat rather than gospel. As the singer confessed, his parents were not entirely happy with his music genre change, and in order to persuade them, he had to spend a lot of time in the recording studio. Finally, he managed to prove to his parents that he makes good music and does what he loves.

At the start of his music career, Wizkid was also a songwriter. He wrote songs for some famous people in the industry, and this helped him to get more connections. He worked with such stars as OJB Jezreel, Naeto C, M.I., and Ikechukwu.

In 2009, Wizkid signed a lucrative record deal with the Empire Mates Entertainment, which was a recording company owned by Banky W. The aspiring musician used to be a student of Lagos State University. However, he decided to drop out once he signed a deal. Later, he entered Lead City University, but his desire to make music became stronger than his academic will. He dropped out of this institution after two sessions.

2009 was also the year when Wizkid started recording his first album “Superstar”. He released the first single from this album, titled “Holla at Your Boy” in 2010. This song instantly won the hearts of the music fans and received a lot of nominations and awards. The following music video for this song also got nominated for some Best Video categories at the prestigious award ceremonies.

On the wave of his success, Wizkid decided to release the second and third singles from the album the same year, which were titled “Tease Me/Bad Guys” and “Don’t Dull” respectively. The album contained songs written in his local language, Yoruba, and English. The official release of it took place in June 2011. “Superstar” was made in collaboration with such producers as E-Kelly, Shizzi, DJ Klem, Jay Sleek and others, and contained the guest star appearance from music industry giants like Banky W, Wande Coal, D’Prince, and Skales. This won the Best Album of The Year at the Nigeria Entertainment Awards in 2012.

ALSO READ:   How To Transfer Data On MTN Network

Driven by such success and recognition, Wizkid attended many shows. His fan base continued to grow. Wizkid started working on his second album the same year, 2012. But it was not released fully until 2014. “Ayo” featured a lot of Nigerian and international guest stars, such as Banky W, Phyno, Femi Kuti, Tyga, Wale and Akon. The famous producers like Shizzi, Sarz, Uhuru, Del B and others helped Wizkid to work on this music album.

The singer released the lead single of “Ayo”, which was titled “Jaiye Jaiye”, in May 2013. For this track, he worked in collaboration with Femi Kuti. Later, he revealed in the interview that he collaborated with the legend because he did not want people to see him as a singer who only sings about cars, women, and materialistic values.

The second single, “On Top Your Matter” came out in October 2013, and was produced by well-known professional Del B. Wizkid had the music video for this song shot in South Africa, and it was released in February 2014. The same year, in July, Wizkid gave an interview to Beat 99.9 FM show and its presenter Toolz. Probably the most sensational news in this interview was that Wizkid confessed to collaborating with worldwide-known Barbadian music diva, Rihanna.

In 2015, Wizkid moved onto a whole new level, collaborating together with famous American rappers. He released the video for the song “Ojuelegba”, which tells the listeners about the struggles and hustles that he had to go through at the beginning of his career.  The remix to this composition features, Drake and Skepta’s vocals. The premiere of this remix took place in July 2015.

Wizkid also revealed to the public that he is working on a brand new album, and said that he is collaborating with Chris Brown on his lead single, which is called “African Bad Gyal”. He performed together with the American rapper at his concert in South Africa in April 2015. He also included the award-winning singer Angelique Kidjo on his album. Wizkid’s album “Sounds from the Other Side”, which he described as an EP album, came out in July 2017.

Wizkid has rightfully become the first artist in Nigeria who got lucky to have his song appear in the Billboard chart. The song was “One Dance”, which was recorded together with the giant of hip-hop, the Canadian superstar, Drake. Since then, the composition had become even more successful, when in May 2016 it became number one in the prestigious Billboard Hot 100 chart. It stayed on the first position in this chart for ten consecutive weeks. The single became a real international super-hit, as it became number one in fifteen different countries of the world, notably Canada, the United Kingdom, Australia, Germany, and France. This super-successful composition brought Wizkid international popularity.

However, apart from “One Dance”, Wizkid also recorded a lot of other songs that were not included on his albums. For instance, in 2016 he released a promotional song titled “Like This”. It premiered on Drake’s sound radio. The song was produced by Ghanaian producer based in Amsterdam, DJ Henry X. The composition was highly praised by the critics and described as a summer jam which is an excellent example of Wizkid’s dedication and hard work.

Wizkid performed in various American big cities as a part of E.M.E acts (artists from the label Empire Mates Entertainment) after they released the compilation album with their songs. Wizkid also had a London tour in 2012, performing on HMV Apollo. He had a performance together with such remarkable artists as Kendrick Lamar, Trey Songz, Angel and Tulisa on BBC Radio 1Xtra in Brixton. His performance on Felabration, the concert in memory of the late musician Fela Kuti, is also worthy of mention.

Together with the most popular Nigerian singers like Tiwa Savage, D’Banj, P-Square, Ice Prince, Phyno, Olamide, Davido, and Burna Boy, he took part in the Guinness Colourful World of More event. The same month, he participated in another Guinness concert – Big Eruption. Wizkid was a starring guest at the Tinie Tempah shows during his United Kingdom tour. In addition, he also toured together with Chris Brown in May 2016. The tour was called “One Hell of a Nite”.

Wizkid has a lot of profitable endorsement deals with brands, from Pepsi, MTN Nigeria, Guinness, and GLO. Actually, he left his MTN deal to work with GLO. As for his Pepsi deal, he starred in the product commercial together with Tiwa Savage. Of course, deals like these come with large amount of money.

Previously, Wizkid used to be signed to E.M.E (Empire Mates Entertainment) label, which he had to leave due to money conflicts. According to insiders, Wizkid wanted to settle for a 50/50 share with Banky W, when he was getting only 25 percent. Generally, it was a disagreement on the interests of both parties. In 2013, Wizkid reunited with the E.M.E label after some negotiations regarding the contract. However, in August 2014 Wizkid stated that he will be leaving the label for good.

He went on to create his own label known as Starboy Entertainment. Wizkid does not only record his own music on Starboy Entertainment label, but he also helps other young artists to develop their career. He often collaborates with his label’s musicians. Some of the artists that are signed to Starboy Entertainment are Maleek Berry, L.A.X, Mr.Eazi, R2Bees, and Efya. He also managed to sign the famous producers Uzezi and Okiemute Oniko, who are widely known as Legendary Beatz.

Wizkid has surely contributed a lot to changing the face of the Nigerian Music Industry. His passionate and inspiring songs have won a lot of awards not only in Nigeria but in some notable countries as well.

He has won prestigious awards from BET, Billboard, iHeart Radio, MTV Europe, MTV Africa, and others. He was even nominated for Grammy award in 2015, for his collaborative work with Drake on the album “Views”. However, Wizkid did not win the award.

According to insiders, outside the stage, Wizkid has a hot temper. He is often involved in feuds with different artists like Davido, Banky W, Linda Ikeji, and others. However, to his family, he is a caring son and father.

Wizkid has three children, all boys, from different baby mamas. When the news about the birth of his first son broke out in 2011, Wizkid denied it. However, in 2013 he finally owned up to being a father and posted a picture together with his two-year-old son. The name of Wizkid’s oldest son is Boluwatife Balogun from Sola Ogudugu, Wizkid’s ex-lover. She gave birth to the little boy when she was only 19, and Wizkid was 21. Wizkid’s second son, Ayodeji Balogun, was born in 2016 by Binta Diallo, who he had a brief romance with. As for his youngest son, Zion Balogun, who was born in November 2017, his mother turned out to be Jada Pollock, Wizkid’s manager.

Wizkid is young and attractive and has dated a lot of beautiful women in the past. He was once connected with the actress Tonto Dikeh, the singer Justine Skye, Tania Omotayo, and many others. In the interviews, Wizkid often confesses that he loves the attention from women.

Wizkid is a talented, hardworking, and energetic guy. His fans adore him and his music. Hopefully, he will win more awards and continue to make Nigeria proud.