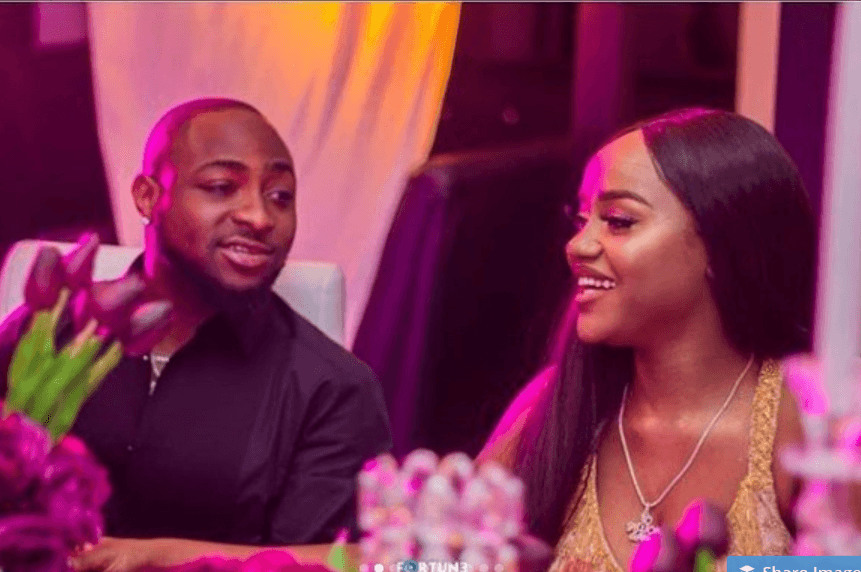 Davido And Chioma Assurance: Celebrities often prefer to keep their relationships private because people tend to pry alot and blow things out of proportion. But for whatever reasons best known to Davido, he decided to advertise his new girlfriend, Chioma. Davido is a very popular Nigerian musician with a large fan base. So, this news practically made headlines and has been trending since then.

Apart from his handsome looks and charming personality, Davido is an award-winning singer and a very wealthy one at that. So many girls long to have a taste. Davido has dated many girls, he’s even a baby daddy, but this new relationship of his, caught a lot of attention. 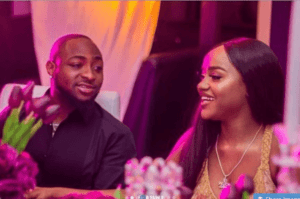 As its common with many celebrities, Davido’s past relationships were short-lived. But he believe he has found love in this girl called Chioma.

Chioma Avril Rowland is a 300 level Economics student in Babcock University. Davido’s story with Chioma is that of love at first sight. Now, she is the envy of many girls.

What’s so special about her? Maybe nothing spectacular, but Davido fell head over heels in love with her and made it public for the whole world to know. Of course, the media and celebrity bloggers became suspicious of Chioma at first, because everyone started wondering how the famous musician’s relationship with a simple girl advanced so quickly. Some started suggesting that she is only a gold digger, and her fellow students began releasing gossips about her, claiming that she dated a lot of guys at the university. Nevertheless, these rumors did not bother Davido.

Chioma does not post a lot of details about her life on social media to avoid the unnecessary publicity. She works as a chef, so she usually just posts samples of her cooking.

Dating a superstar comes with fame and expensive gifts. Chioma has received more than a fair share from Davido. Shopping trips in Dubai and Paris and the one that blew people’s minds was the gift of a N45 million Porsche car!

According to insiders, Davido’s feelings are mutual, and Chioma wanted to skip a year of at the university just to be with him more often. She ended up going on tour with him, which was a kind gesture from her side. She was seen backstage with Davido in London, supporting and encouraging him. He also captioned the photos with her “Best Friend”. The two lovebirds were also spotted together at the club, where they exchanged lovely glances and gestures. People who attended this party reported that Davido and Chioma looked really happy together.

Davido also took Chioma to a family event and introduced her to his family. That’s a bold step to the serious direction. Does it mean they will be tying the knot soon? Well, we will find out soon enough.

On Chioma’s birthday, Davido rented an entire nightclub just to throw a party for her. Lots of friends came to the event to celebrate Chioma’s special day. Davido was an active participant of the birthday party, announcing in front of everyone that he will always love Chioma. Another interesting fact is that his new song “Assurance”, is known to be inspired by Chioma.

One of the lyrics contains her name, and she also starred in the music video for this composition. In the interviews, Davido says that he has no problem admitting that he is in love, and says that some people have unreasonable fears of speaking about their feelings publicly. He even calls Chioma his wife on social media and indicated that he wants to have a son with her since he already has two daughters and would like his next child to be a boy. However, recently he confessed that they are not thinking about marriage just yet.

Chioma is not doing bad for herself as well. Once Chioma started dating Davido, and the public knew about it, she quickly became popular. She even got an endorsement deal from a big company, which is worth N60 million. Still, Davido dispelled all the rumors about Chioma only loving him for his money. He said that she is one of these women who would never ask for anything, and he gave her all the gifts purely out of true love for her. He also advised the Nigerian ladies not to treat their boyfriends as living purses if they really want to enjoy their relationship.

How long have Davido and Chioma been together?

Everyone believed that Davido and Chioma only met last year. However, in response to the Twitter user who said that Davido’s relationship is moving too fast, he said that he and Chioma have known each other for five years. Nobody knows for sure if there have been any romantic encounters between them during this time.

Davido and Chioma are comfortable in this relationship, and nothing else matters to them.